THE INSIDE STORY: Kenneth A. Kuhn and PIANO WORKS OF KENNETH A. KUHN

Kenneth “Ken” Kuhn is an electrical engineer specializing in electronic circuit design who had the privilege of growing up with a great appreciation of classical music. His favorite composers include Anton Bruckner and Gustav Mahler. Over the years, classical music enhanced mental skills valuable for his engineering career. He found that composing music and designing electronic circuits are very interrelated as each enhances the other.
He began composing music in his youth in the 1960s and taught himself how to compose by carefully listening to many classical composers. Ken composes because, as he states, “There is music I want to hear but since no one has written it then I must write it myself.” His compositions are of the neo-romantic genre where the music conveys grand concepts that transcend spoken language through rich melody and texture. Ken is a member of the Birmingham Art Music Alliance and several of his works for piano and wind ensemble have been performed at local concerts.
His retirement plans are to complete many drafts of piano and orchestral works he has accumulated over a lifetime. Ken resides in Birmingham AL and shares his house with a number of mischievous but lovable cats who otherwise would not have homes.

Today, Ken is our featured artist in “The Inside Story,” a blog series exploring the inner workings and personalities of our artists. Read on to learn what it means to Ken to be releasing his first album…

Who was your first favorite artist(s) growing up?

At a very early age I discovered classical music and my favorite period would become the Romantic era of the 1800s. This era had a tremendous influence on my life and I aspired to be a composer of similar music. As for a favorite, I would say all of the composers. In my teen years I discovered Gustav Mahler and Anton Bruckner. Bruckner’s ninth symphony (particularly the completion by William Carragan) and Mahler’s fifth symphony have remained my favorite works from around 1970 to this day.

Music has always been part of my life and I composed my first piece of music at around age 7. I have been composing ever since. I did not pursue a career in music because I had high interests in electronics engineering, which became my career instead. That was just as well, as I never developed the performing skills necessary for a career in music. I always visualized myself as a composer that someday would become known. That has taken well over 50 years but I think that day is finally approaching with the release of my first album. I am planning to do more albums in coming years of more piano music as well as chamber and orchestral music. My work of a lifetime is an epic orchestral tone poem, The Revelation of Nature, which consists of an overture and four movements with a performance time of over two hours. It was started in 1969 and the draft was completed in 2003. A major retirement project is to complete the full orchestration and have it recorded – perhaps by PARMA. It is a classic romantic work and a very listenable mp3 of the draft is available on my website.

If you could make a living at any job in the world, what would that job be?

My lifelong career has been as an electrical engineer with a specialty in designing advanced analog electronics. Engineering design and composing music are very related mental skills and music is often running through my head as I design electronics. Music has enhanced my engineering skills and design engineering has enhanced my composing skills. I make a good living and enjoy my engineering job very much and it financially supports my music interests. So I would say that what I am doing now is my job of choice.

The one instrument I would really like to perform would be a symphony orchestra, as in I would be the conductor. I have always thought the symphony orchestra is the greatest instrument there is. My second choice would be to become very proficient playing the piano. My skill level is adequate for testing the playability of my piano works but I would also like to be a performer.

For me this album is a great personal achievement of which I am very proud. It was far more work than I ever dreamed it might be but it was a labor of love. I am looking forward to doing it again and again as I have a lot of music that I want to make known to listeners. For many years only a few people knew of my music. I have always felt that many people would like my music if only they knew about it. So this album provides an opportunity for me to share some of my music with people who will enjoy it.

My concept is that music like that of the Romantic era should have rich and memorable melodies that are enjoyable by all and appeal to high intellect by evoking thoughts that transcend spoken or written words. It takes a lot of effort to compose and complete a score. For that effort I want to create music that will be enjoyed by many long after I am gone. 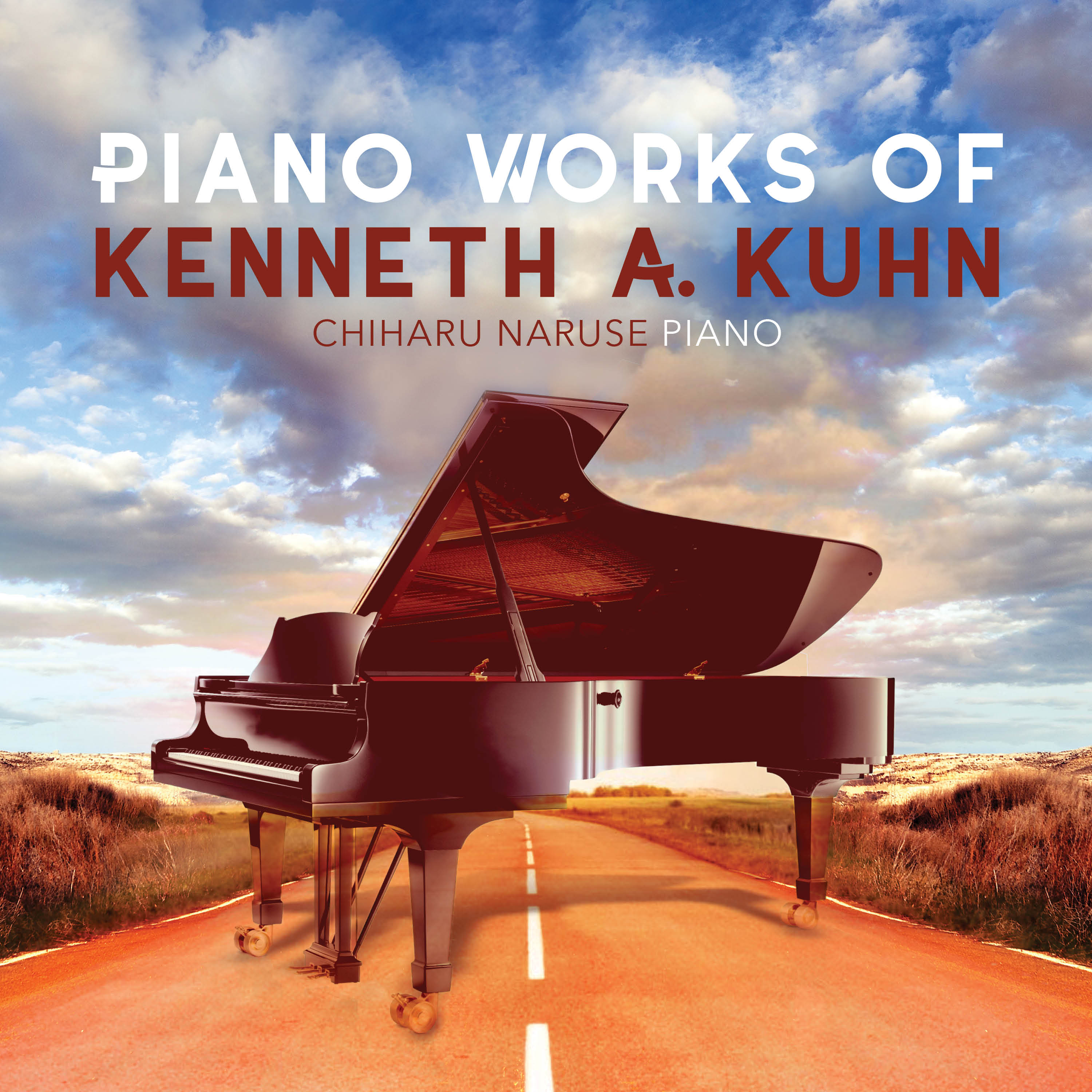 PIANO WORKS OF KENNETH A. KUHN is now available through Big Round Records for streaming or purchase. Click here to explore this new album.