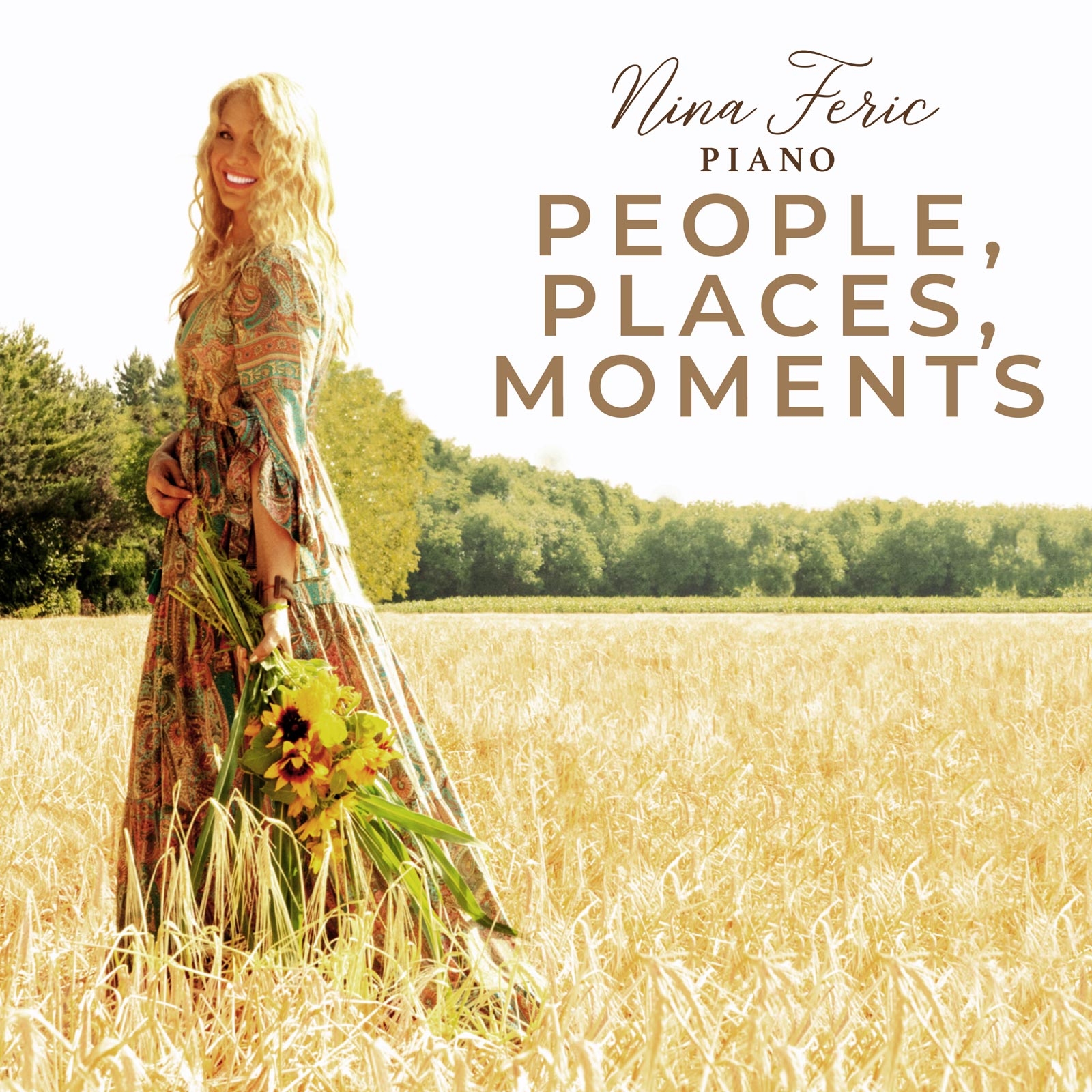 On PEOPLE, PLACES, MOMENTS, Nina Feric presents a wide selection of all original works, each deeply in tune with life and art, and enriched with personal anecdotes from her own life. Her first album as both a composer and performer, Feric’s compositions often alternate between lighter and darker moments, while the use of modulation and chromatics give the melodies a certain dose of playfulness. Thoughtfully composed and masterfully conveyed through a single piano, the main message behind Feric’s music speaks clearly and warmly throughout: a positive outlook on the future and the joy of living. 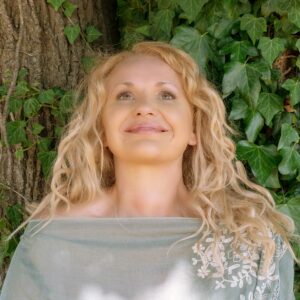 Nina Feric, born in Zagreb, Croatia, began her musical studies at the age of six. She obtained her Master of Music Degree in Piano Performance and Piano Pedagogy from the Music Academy of the University of Zagreb (Croatia) in the class of Prof. Veljko Glodic, and continued her studies at Postgraduate Course in Music Disciplines at DAMS Bologna (Italy). 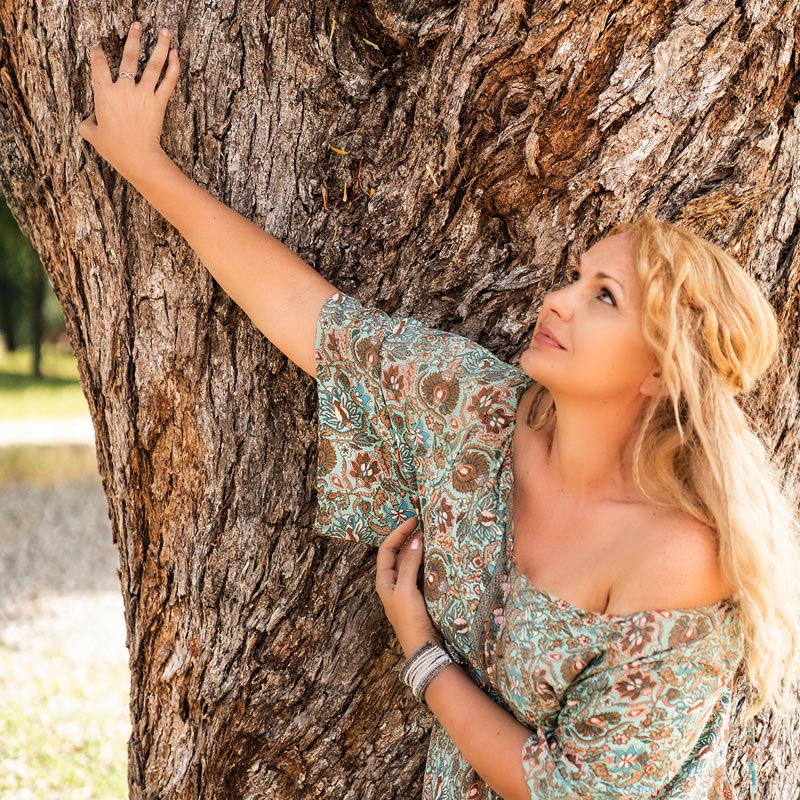 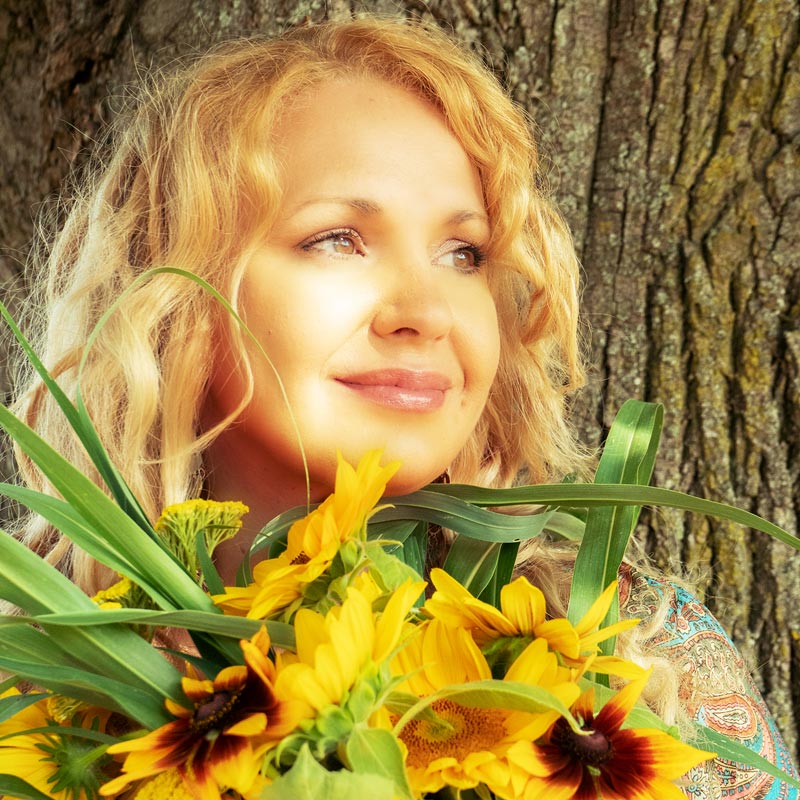 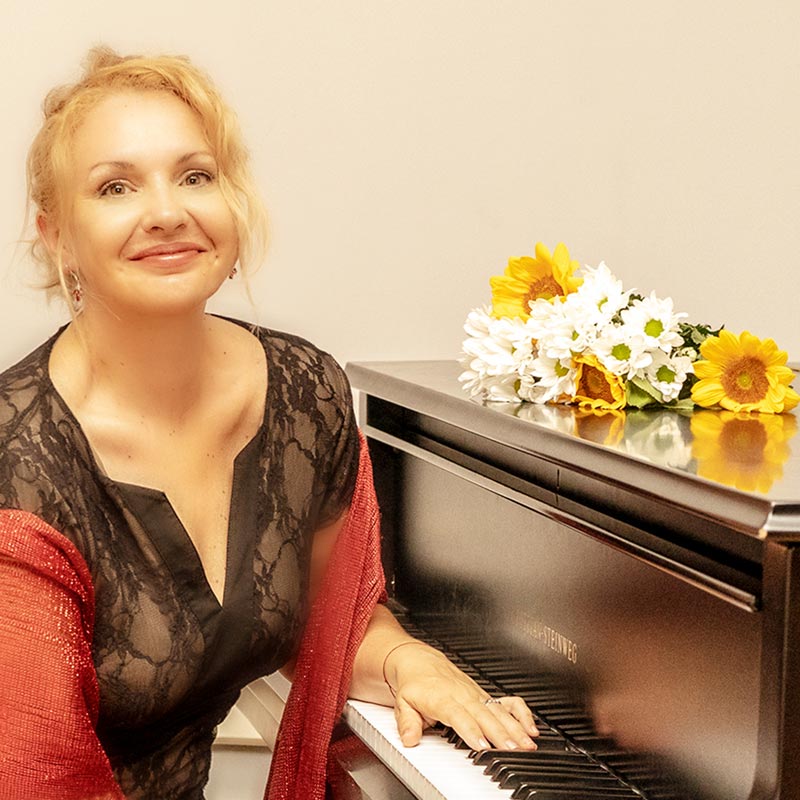 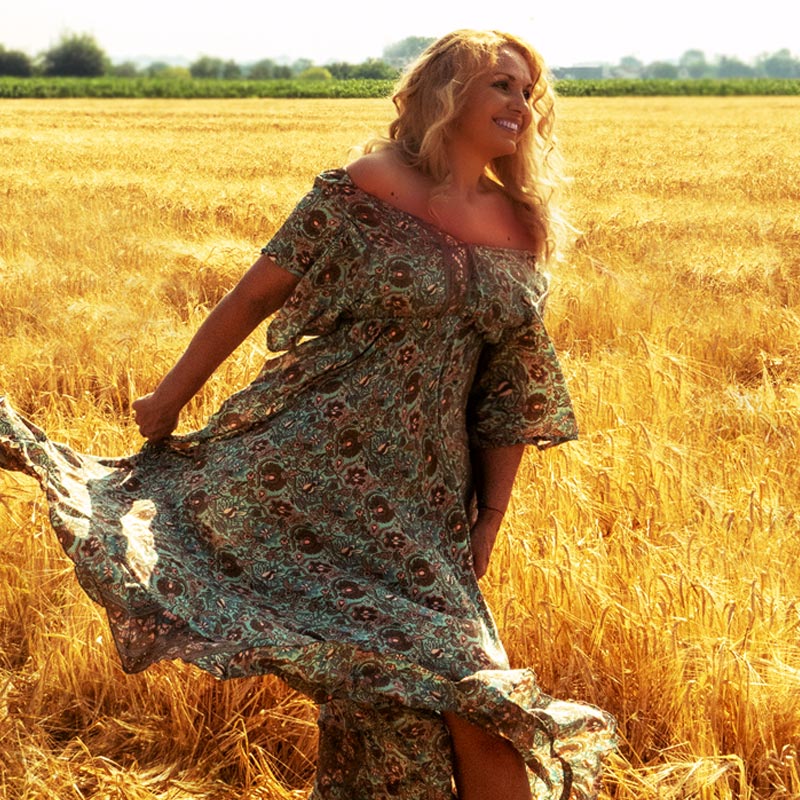 Instrumental music by composer Nina Feric should not be described only as “relaxing, cozy, or romantic,” for that might be a description too simple. Feric’s music says so much more, especially about the composer herself, giving the listener the impression that it was created by an exceptional artist who takes the most beautiful things from life and art, and then shares them with others. Enjoying the moment, observing the surroundings, and deeply experiencing intimate relationships with her loved ones, Feric creates music as if it already contains unspoken words. This is manifested in fluent melodies that regularly contain recognizable musical motifs, which sometimes “sail” through the higher, and sometimes through the lower piano register. The compositions often alternate between lighter and darker moments, while the use of modulation and chromatics give the melodies a certain dose of playfulness.

In the very first composition entitled Walk With Me, the author invites the listener to walk through her musical/life story, suggesting it to be a truly enjoyable and memorable walk. Moving between smaller, recognizable musical segments and traversing major and minor keys, Feric outlines life itself, which, as we know, is intertwined with moments of happiness and sorrow. Her melodies call us and introduce us to daydreaming, emphasized especially in compositions Marta’s song and Lullaby for Lucy, imaginative lullabies evoking happy children’s footsteps, with main melodic lines in higher registers reminiscent of little ballerinas, dancing carefree on the tips of their toes. In these songs without words, both children and adults can fall asleep, dreaming the most beautiful dreams and having faith in the more beautiful mornings to come.

At the endings of several compositions, Feric uses interesting cadences, and in others, some more dramatic motifs. For example, Over & Beyond is especially interesting, beginning on a dramatic note, which could represent material life on earth, and continuing with a transformation from that dark moment to something brighter and more spiritual. It seems that in this composition Feric wanted to use music to show the way “up” – to somewhere above and beyond, just as the title of the work itself indicates.

In Makai and Jure & The Sea, a certain connection, and even a special attachment to the sea as her eternal inspiration can be perceived. As if the artist would like to tell us that, although sometimes we are on the open sea of life, where strong winds blow and waves beat against the rocks. Even in such storms, fights, and struggles, courage, perseverance, open and sincere hearts, and ultimately the Truth certainly take the victory in the end. A medal for bravery and effort presented to the most persistent swimmers should be awarded to the composer herself for her music. She outlines the struggle between the little man and the big sea in the alternation of major and parallel minor keys, and despite all the challenges that she may face on the high seas, Feric does not give up. The sea is her love, a special place and space where her soul finds peace.

Using the Lighthouse as the theme for one of her compositions, Feric intrigues the listener with a possibility that the black and the white keys, or even the music itself, could be her lighthouse: a large stone building carefully guarding a small light which illuminates the composer’s life path. Just as music illuminates her path, so does she, with her creativity, illuminate the path of her listeners, and that is why it is truly important that this album reaches as many of them as possible.

The Day Before is also very thought-provoking, with melodic lines reminiscent of raindrops. If the composer imagined a “day to come” when composing this beautiful piece, then we could say that such a day comes quietly, like pure water from the sky washing away all things old from the day before.

In Cosmic, with a certain tension and a bold choice of harmonies, Feric evokes cosmic movements of celestial bodies. The overlap of chords in the melody, and the use of dissonances are reminiscent of the collision of floating rocks, a real “jam-pack” in space. The use of ritardando at the end of the composition indicates that we can still find the most beautiful calm in outer space. And while it may seem like a “space chaos,” it works perfectly, as does every single note Feric wrote, in relation to the song and the album as a whole.

Towards the end of the album, there is an interesting moment, and that is a single note, played at the very end of Last Song. It sounds more like a comma, or just a small dot, rather than a full stop at the ending of a unique life story. And finally, the last composition — entitled Tomorrow — best depicts the motif that runs through all of Feric’s compositions. The composer, regardless of storms, high waves, and strong winds, looks at tomorrow positively, with hope and faith. And she wants the same for us – her listeners: to enjoy the little things in life at all times, as well as the chance encounters (which are never really by chance), to enjoy nature, the rain, or long walks by the sea.

Such would certainly be the main message of Feric’s music: a positive outlook on the future and a joy of living. Faith in life that does not disappear in sea storms, but only begins in vast, heavenly spaces.