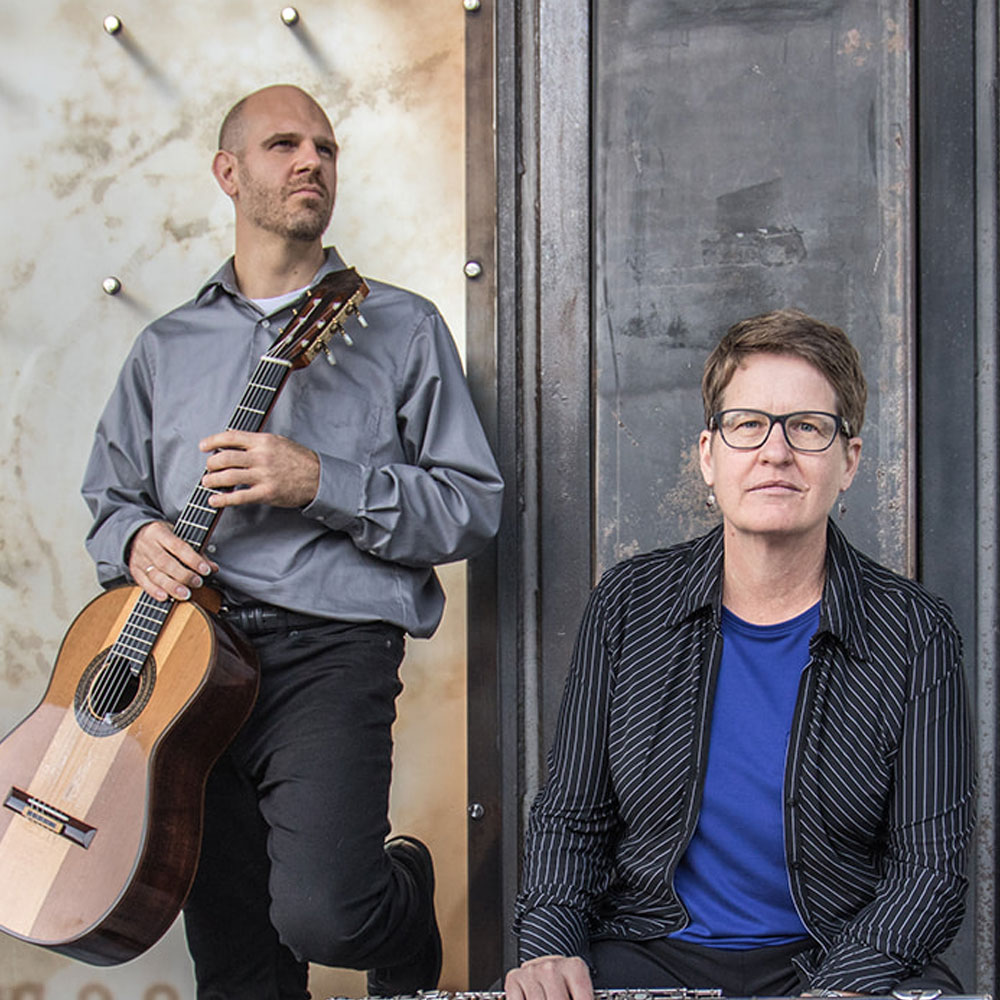 Expanding the boundaries of the standard classical experience, the Gruca White Ensemble engages audiences with their creative programming and energetic performances. Featuring music from multiple cultures and genres, they seek out rarely-heard works from around the globe, foster their connections with local composers, and create unique renditions of rock, world, and Latin music. Classical guitarist Robert Gruca and flutist Linda White are comfortable with both written and improvised musical forms and draw from the entirety of their musical experiences, including rock bands, conservatory training, jazz studies, and new music. Robert’s dynamic and colorful tone is complemented by Linda’s versatility on a variety of flutes, including the alto and bass flute. The ensemble has earned rave reviews from audiences and critics alike. “The highlight of the evening was the set performed by flutist Linda White and guitarist Robert Gruca. Their performance of Chick Corea’s landmark composition “Spain” absolutely sparkled.” (Cleveland Classical, 2016). Their many performances include such diverse venues as live radio, chamber music series, educational institutions, and new music series. Their debut performance in 2013 was an hour-long live radio broadcast on WCLV (Cleveland), and they haven’t stopped since.

Robert Gruca is an exciting guitarist who performs a wide range of solo, chamber, and concerto repertoire. In recent seasons, he has played solo concerts in Ohio, Michigan, New York, California and Canada. Other accomplishments include touring the eastern United States and Europe with The Cleveland Orchestra, performing Mahler’s Symphony No. 7 under the direction of Franz Welser-Möst. Gruca has studied with John Holmquist and Jason Vieaux at The Cleveland Institute of Music, where he received a Master of Music degree. In a 2006 compact disc, he recorded solo guitar works by Bogdanovic, Koshkin, Dyens, Rodrigo, Schubert and J.S. Bach. In 2012 Gruca’s second compact disc, Handel Arrangements for Guitar, was released under the MSR record label. He teaches at The Music Settlement and is proud to have started the first Suzuki guitar program there in the fall of 2013. www.robertgruca.org

Flutist Linda White leads an active musical life as both a performer and a teacher. She is a founding member of the Blue Water Chamber Orchestra and has also performed with many other Cleveland area orchestras. An avid chamber musician and champion of contemporary music, she regularly works with the composers of The Cleveland Composers Guild and performs their pieces at venues throughout the Great Lakes region. Linda teaches at The Music Settlement where she teaches students of all ages and levels, conducts two flute choirs, and coordinates chamber music sessions for amateur adults. Linda received a Master of Music degree from The Cleveland Institute of Music as a student of Jeffrey Khaner and a Bachelor of Arts degree from the University of Wyoming, where she studied with Katherine Kemler. www.lindawhiteflute.com 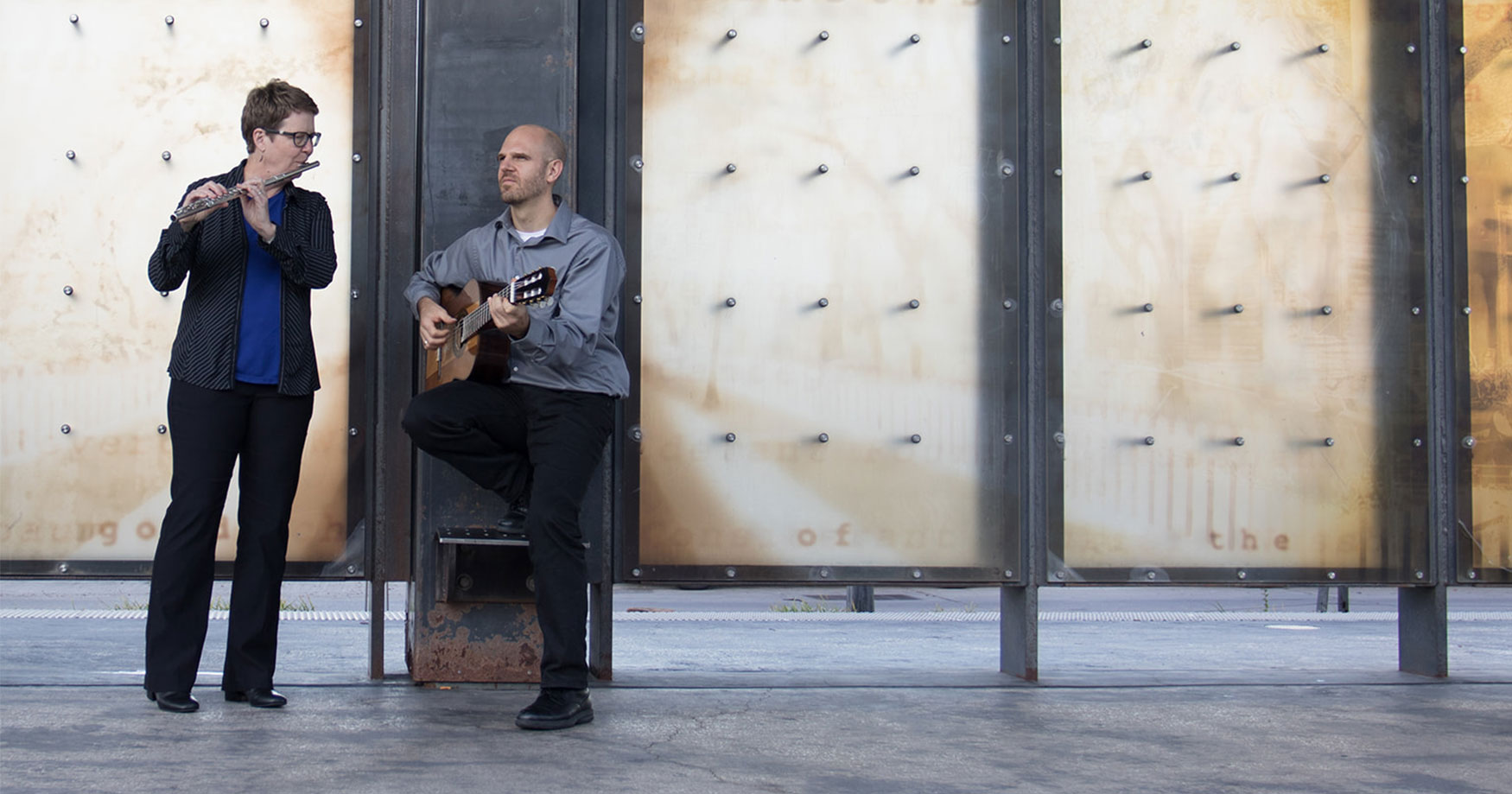 The Inside Story: Gruca White Ensemble and A DIFFERENT TAKE

Release Date: November 13, 2020
Catalog Number: BR8964
21st Century
Chamber
Flute
Guitar
If variety is the spice of life, A DIFFERENT TAKE adds a bowlful of zest to the idea of standard repertoire. On their debut album, the Gruca White Ensemble’s creative programming and energetic performance lead listeners on a journey through intermingled genres and out-of-the-box renditions of well-known tunes.
Discover