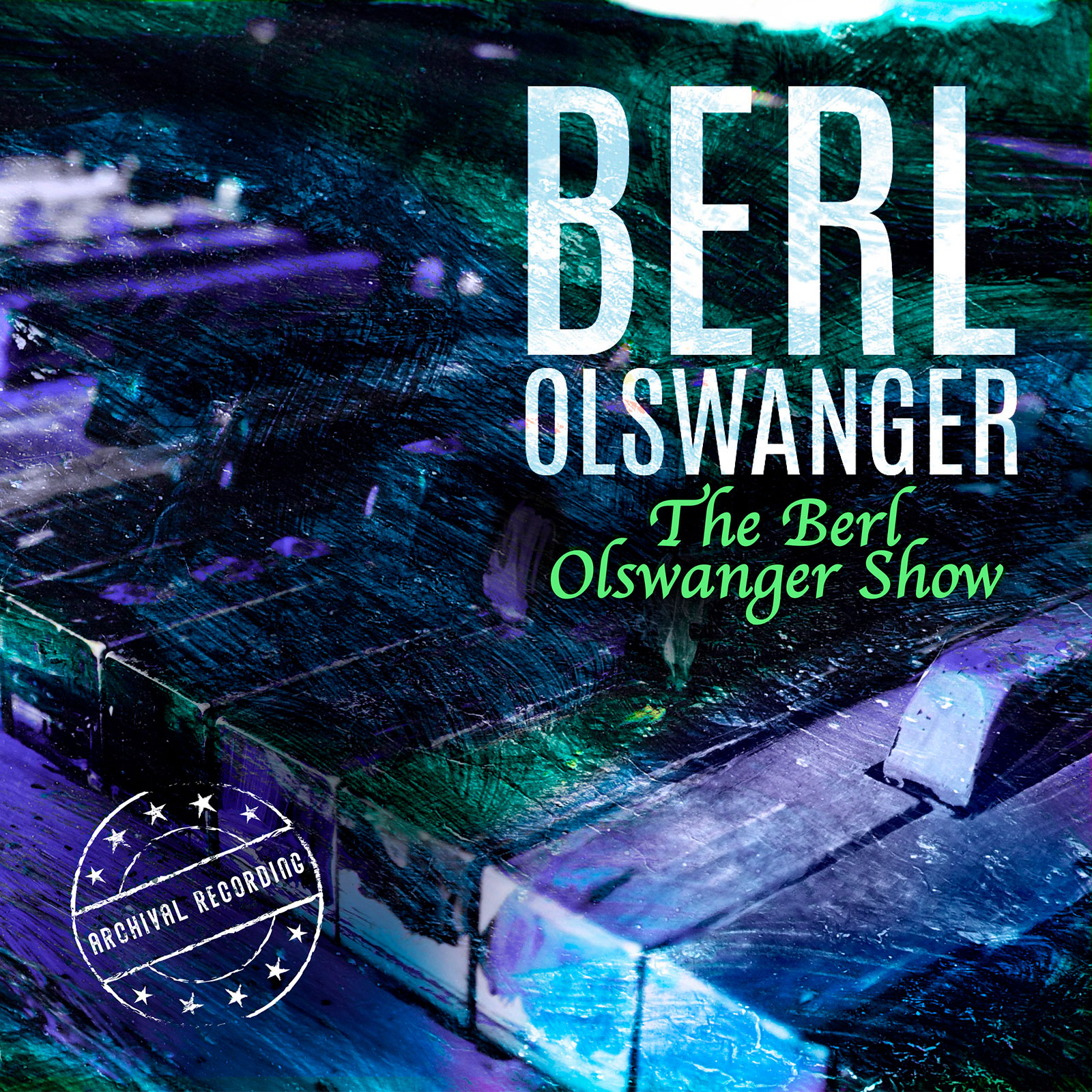 Grab a drink, take a seat, and sway with your sweetie to the swinging sounds of pianist Berl Olswanger and his band on THE BERL OLSWANGER SHOW, Big Round Records’ fourth release of recordings by “Mr. Music of Memphis.” Recorded live in 1974, the never-before-heard album transports listeners to stageside seats as the band plays a historic set of toe-tapping tunes, from the horn-heavy Proud Mary to the country-western Green, Green Grass of Home. No matter the track, Olswanger’s presence is front and center, from his genre-blending skills and his technical chops at the piano to his ability to keep the band crisp and tight as they boogie through the set. 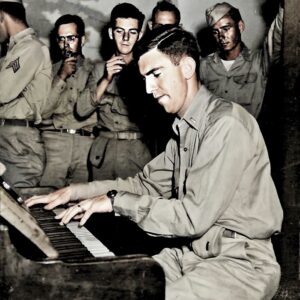 Berl Olswanger, dubbed "Mr. Music of Memphis" by the local press, grew up in Memphis in the 1920s and 1930s where he heard music that would later influence him as a composer. He quickly developed an affinity for the piano and began playing professionally at the age of 12. After a stint on WMC radio in his twenties, he joined the tour of the George Olsen Orchestra, which led him across the country from New York to Hollywood as he accompanied legendary acts like Bing Crosby and Jack Benny.

Production stills from the set of The Berl Olswanger Show, October 20, 1974 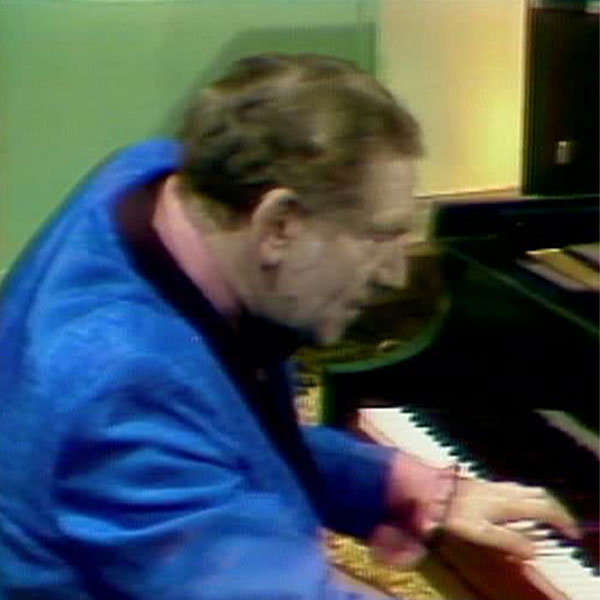 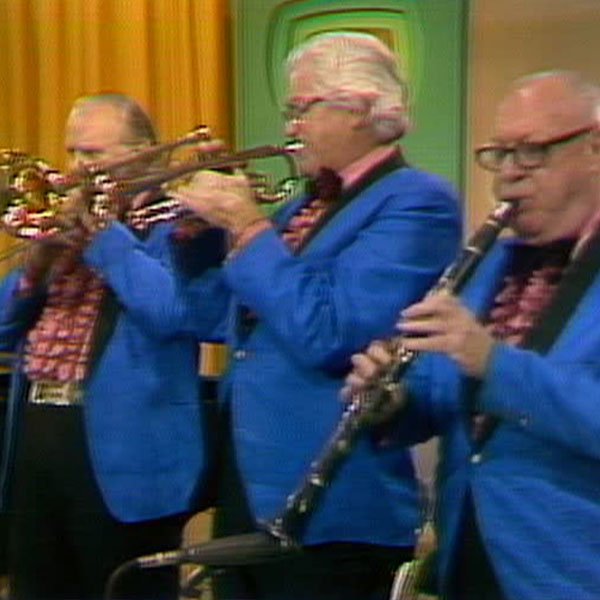 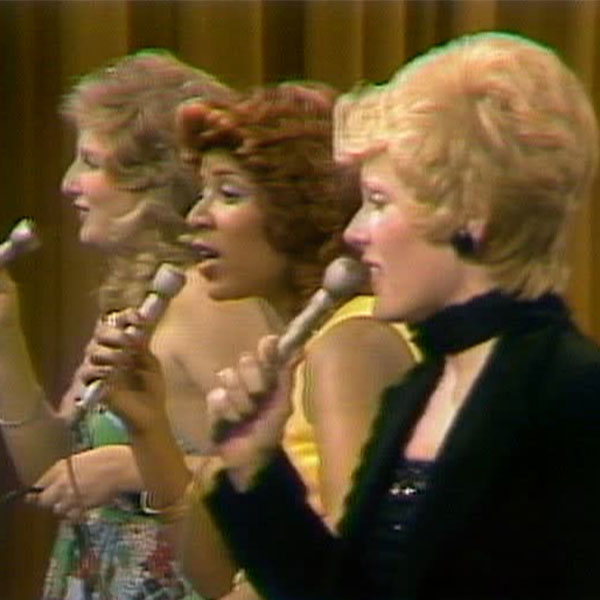 The following is from a newspaper article that appeared in the July 19, 1970, edition of The Commercial Appeal.

Music Man Still Swings After 40 Years
Yesterday, Berl Olswanger relaxed for a moment in his store at 804 South Highland and looked back over the years since he first began tinkling the piano with a band at the old Dreamland Gardens across from Central High School. He was 12 at the time.

Berl claims his mother crooned him to sleep with operatic lullabies, “but I came up playing a pop piano.” At 20 he became staff pianist at radio station WMC, and then signed with George Olsen, one of the big bands of the big band era of the ’30s. He wandered out to Hollywood, where he played for, among others, Bing Crosby, Bob Hope, and Jack Benny. He got all the way to New York, but Berl just liked Memphis. He returned, entered Memphis State and met a Miss Edna Long.

He joined the Navy and roamed until 1946. After the war in 1946 he gave a concert of “middle-brow” music at The Auditorium under sponsorship of the late I.L. Myers. Mr. Myers gave him the receipts and his blessings and saw him off to New York to make good in a big way. But Berl got homesick, came home, opened a store, married Miss Long and became the Memphis Music Man.

“To me,” he said, “the most fantastic thing of all is my band. I have the only band of old men, and all our competitors from around 15 years ago are gone. We have more bookings than we can handle. Basically we play music to fit the crowd.” Berl explained the success of his band. “We play mostly conventions, country clubs and charity balls. I look out over the crowd,” he said. “If it is predominantly older people, we play sweet music. If it’s a young crowd, we put in a Latin beat and about 50 percent rock music.

“People, especially those from out of town, constantly want to know where they can hear us. And that’s what I want to do next, arrange so visitors and just homefolk can hear us. Maybe a restaurant is the answer. People ask, ‘Is there a place where we can hear a band like yours?’ Convention people want something just a little different.”

Then he talked about the “old men” in his band. Berl, of course, plays the piano. “There’s art Sutton. I think he’s the greatest tailgate trombonist in the world.”

“I think so. And we have Byron Hudson on clarinet and sax, David ‘Pee Wee’ Wamble on trumpet, and Jack Pennington on bass guitar. We took a cue from the kids and began some time ago using the bass guitar instead of the bull fiddle. Jack’s a three-time national grand champion hoedown fiddler, so we can do country music and we can do rock.

“We have two drummers, because neither wants to play full time. Sam Gould Jr. is a great show drummer. The other is Bob Ryan, my nephew. He’s a great rock and roll man, but old enough that he can play other things. If we are going to play for older folk I use Sam, if younger ones, I use Bob.

“Then we have Jeanie Page, a great talent. She does most of our singing. And here’s a good story. Three years ago Jeanie took time out to become a mother and we began looking for a temporary replacement. Judy Hall, who was 16, auditioned. I was amazed at her maturity and her good looks and her lung capacity. She had a great potential.

“I told her, however, she was too pretty. She’d get married. She told me her career meant more to her than anything else in the world. So we signed her up. Well, she was just barely 17 when she told me she was going to get married. “It really upset me…until she told me the prospective bridegroom was my son, Bo.”

Explore more albums in this series 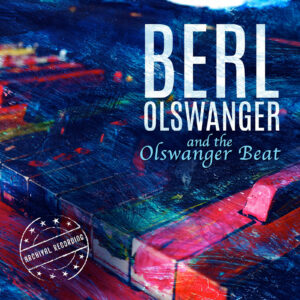 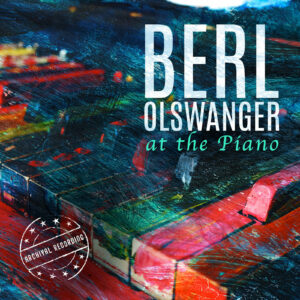 Berl Olswanger at the Piano