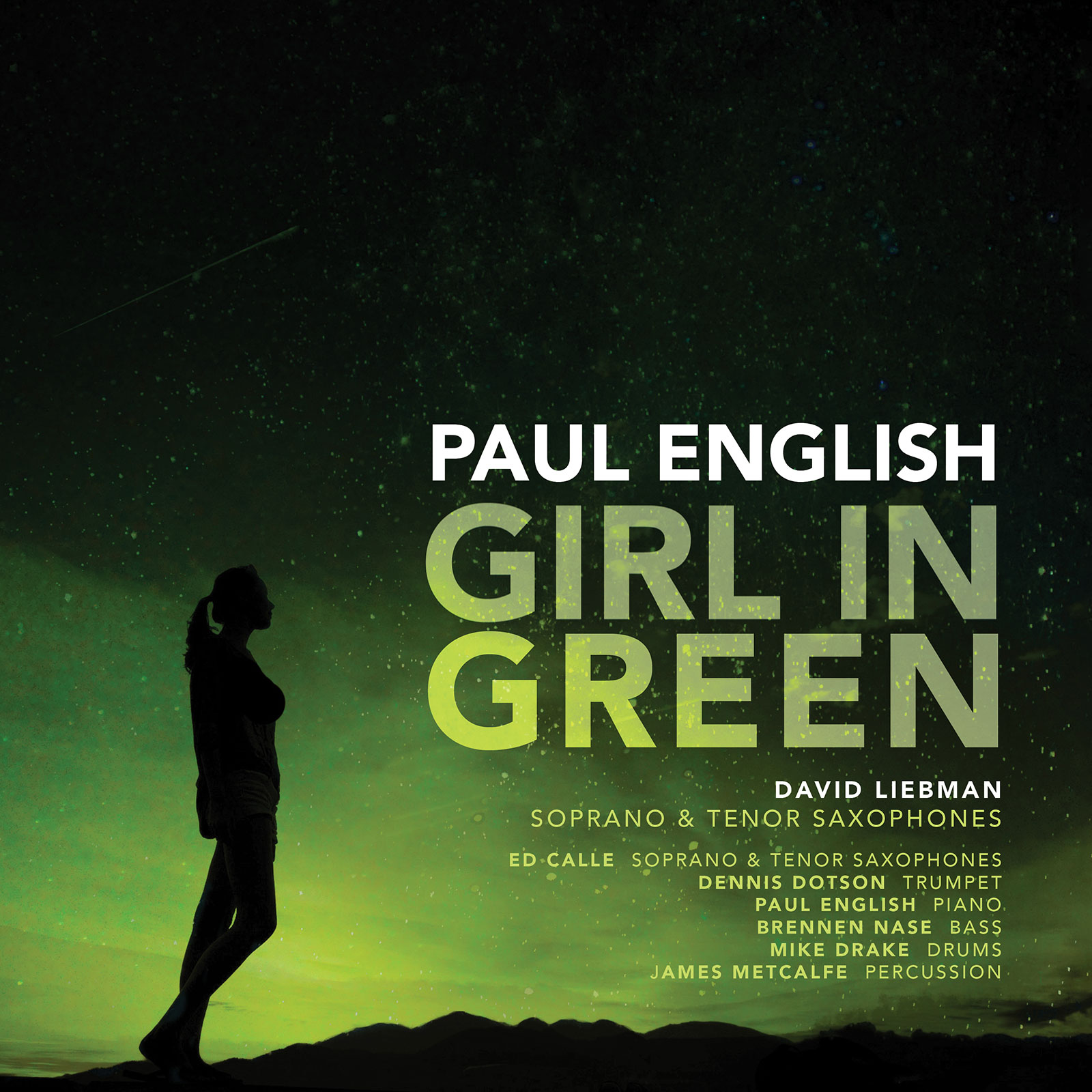 New from Big Round Records comes jazz composer and pianist Paul English’s GIRL IN GREEN. The album features never-before-heard renditions of immortal classics as well as English’s original works. Listen as English and his cadre of masterful soloists carve a place for themselves in jazz history.

GIRL IN GREEN is an album that was almost lost forever. Paul English recalls performing at the Texas Jazz Festival in 2000 with an extraordinary lineup of musicians accompanying him on stage. The magic was there, and the group booked two last-minute recording sessions at a nearby studio to capture it. Shortly afterward, the small record label English was signed with folded, and the recordings were locked away for nearly two decades – until now. GIRL IN GREEN features the best takes from these recordings. English leads his players through legendary jazz tunes like Equinox by John Coltrane and Solar by Miles Davis. The album also features English’s original works, including the title track, Girl in Green. English demonstrates his virtuosity and knowing mastery of the jazz canon throughout the album; his tasteful piano work is grounded in tradition yet bears his unique signature.

Paul English’s GIRL IN GREEN captures the electric thrill of seven expert jazz cats collaborating in real time. Listeners of all ages and backgrounds will find themselves wrapped up in the rich humanity of these performances. Don’t miss the chance to revel in these rescued treasures. 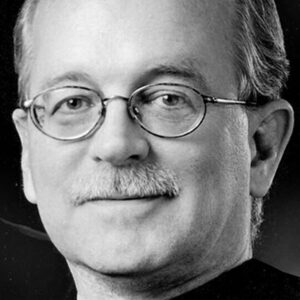 A small Gulf Coast Texas town was not a likely place for a future jazz musician and composer to grow up, but Paul English’s father was an accomplished jazz trombonist and a respected music educator and band director. Early on he introduced his son to Dave Brubeck, J. J. Johnson, and Count Basie (in that order) as well as Bach, Beethoven, and Stravinsky. This magical world fascinated Paul, and almost before he could speak, he was banging out sounds on the piano that must have been painful to others but glorious in his own mind. 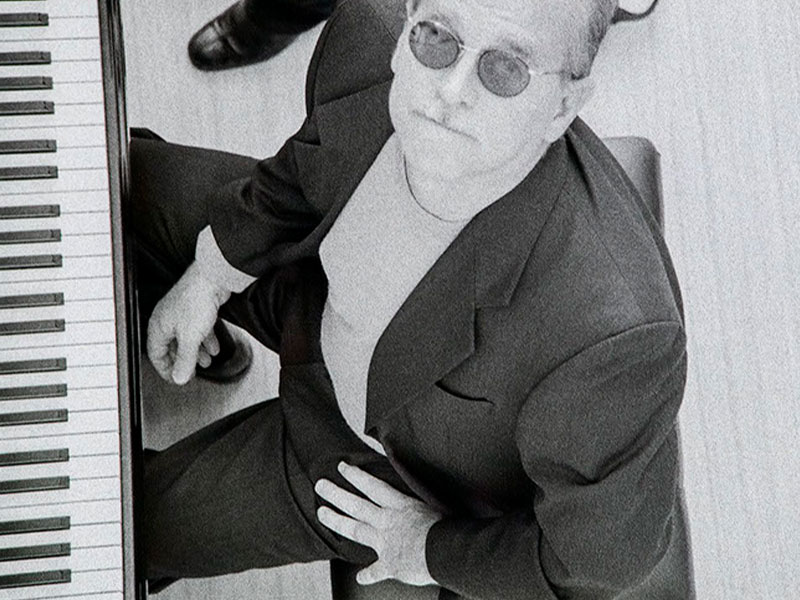 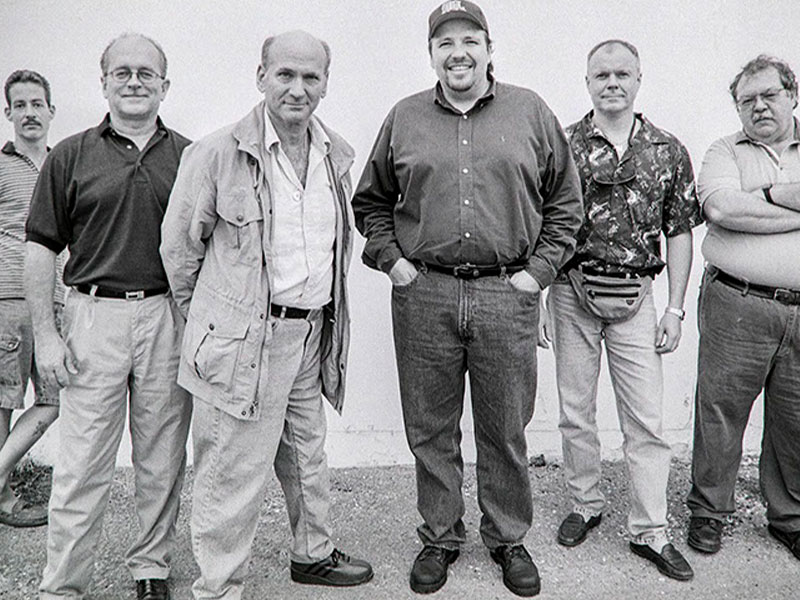 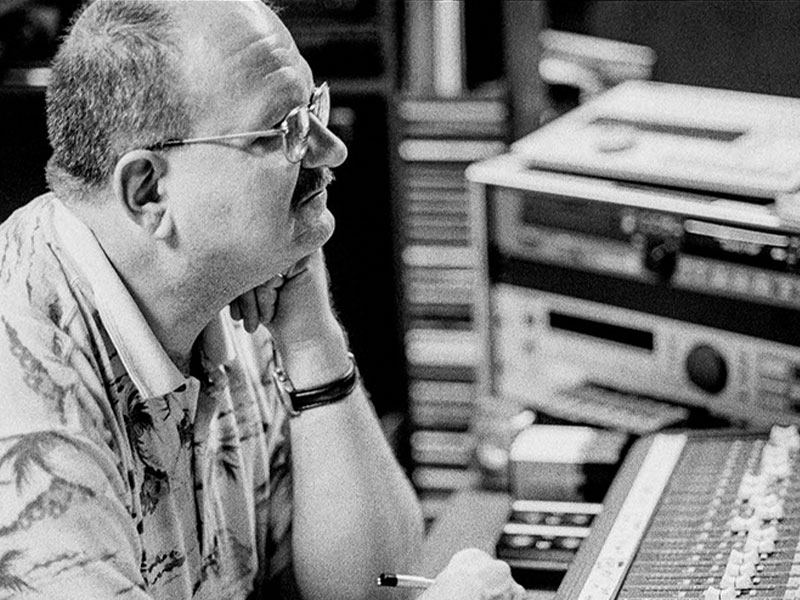 Girl in Green, why do we hesitate so?
Could it be – we’re fearful? No.
You’ve seen me.
You’ve touched me.
You’ve held me.
Did you love me, too?

Notes about the Music

Notes about the Music, By Scott Yanow, jazz journalist/historian and author of 11 books including Trumpet Kings, The Great Jazz Guitarists, and Jazz On Record 1917-76

The best music is timeless and never gets dated, sounding as fresh today as it did when it was recorded. That is certainly true of the performances on GIRL IN GREEN, the long delayed set by pianist-composer Paul English, which was recorded back in 2000.

He remembers: “I was booked to headline the Texas Jazz Festival in Corpus Christi TX and invited Dave Liebman and a group of great musicians to join me. With help from my longtime friend and recording engineer, Andy Bradley, a remote recording crew was assembled, a local studio booked, additional gear schlepped, and a piano brought in from Houston so that we could record there during the day. A fun few days for us, but shortly after those sessions, the small record company that I had signed with dissolved, and the tapes were locked away. Having recently acquired these masters, I reviewed them and decided that there were some good tracks here that deserved to see the light of day.”

For the recording, English recruited his worthy constituent, Brennen Nase from Houston, trumpeter Dennis Dotson (also from Houston) who had been with the Woody Herman and Buddy Rich bands, Dallas-based drummer Mike Drake, percussionist James Metcalfe (who is on two of the songs on this set), Dave Liebman, and saxophonist Ed Calle, who is based in Miami. Calle gained national fame during this period, working with Arturo Sandoval, Gloria Estefan, and others, and has had important careers as a solo artist and an educator.

David Liebman, who worked with Elvin Jones and Miles Davis in the 1970s, had already been a major artist for 30 years at the time of the recording, and he remains a vital force on the jazz scene today. English stated, “I had known David Liebman for several years and had performed with him a few times. His brilliant playing goes without saying and his musical insights have been important and helpful to me. Anytime I get an opportunity to play with him, I’ll take it.”

Three albums worth of material was recorded during the two sessions. English picked out six standards and four of his originals for the historic release. While the performances with three horns include some arranged ensembles, the quartet numbers with Liebman are more off the cuff. As is obvious throughout, the results are consistently spirited and stirring.

The opener, John Coltrane’s classic minor blues EQUINOX, features a soulful and creative tenor solo from Ed Calle, relaxed spots for trumpeter Dotson and the leader, and a raging statement by Dave Liebman before the relatively calm closing melody. This was the first time that Calle and Liebman had recorded together and it is interesting to compare their different yet complementary styles.

For BEAUTIFUL LOVE, which features Liebman and the rhythm section, “There was no chart; we just turned on the tape and played.” After beginning a bit freely, it swings through passionate solos by each of the musicians including a loose trade-off with Drake before the melody finally emerges.

English’s composition, GIRL IN GREEN, was originally inspired by Liebman’s recording of Lookout Farm of which English says, “That record really opened my ears and eyes.” Liebman states the melody on tenor, the three horns continue the theme over Drake’s drums, the musicians (including Calle on soprano and Liebman on tenor) take concise and exciting solos, and the full ensemble engages in some wild playing at the end. This piece keeps one guessing all the way through.

SOMETIME AGO, in contrast, is a mellow version with Calle on soprano featured with the quartet that includes two particularly rewarding solos by the pianist. SOLAR, which has Liebman on soprano with the rhythm section, turns up the heat with explorative piano and bass improvisations before the saxophonist really tears into the standard. English’s ONE FINAL WORD is a catchy and driving original that gives Liebman, Dotson, Calle, and the composer an opportunity to swing hard.

The remaining four numbers showcase Liebman with the rhythm section. As English muses, “Blue In Green is one of my all-time favorite ballads. Dave achieved such a gorgeous sound on soprano during this piece.” Liebman and English both play melodic and beautifully tasteful solos on BLUE IN GREEN and English’s jazz waltz MISSING LADY. A TASTE OF HONEY is given a fascinating treatment. Metcalfe’s percussion and Liebman’s flute set a wistful and exotic mood before a modalized version of the tune emerges. With its fiery tenor solo, one could imagine John Coltrane playing the song this way. GIRL IN GREEN concludes with UNCONDITIONAL SURRENDER, a heartbreaking ballad played as a duet by Liebman and English that is filled with restrained feeling.

Paul English, who grew up in a small town in Texas, is the son of a trombonist and music educator. “After I discovered my father’s record collection, the first jazz records that I heard were Dave Brubeck’s Brubeck Time and albums by Oscar Peterson, J.J. Johnson, and Count Basie. At the same time, I explored my Dad’s classical collection, always stealing records from him. I probably started playing piano before I could talk, teaching myself after listening to my three sisters have their piano lessons.” English played trumpet for years, became a professional at 15, and worked as a lead trumpeter with bands in Miami Beach when he was attending the University of Miami. But he decided early on that his future would be as a pianist and arranger.

Of his many musical associations since that time, English is perhaps proudest of playing and recording with Dizzy Gillespie (1989’s Show Time), working and learning from the great Texas tenor Arnett Cobb, and having Kirk Whalum (a longtime friend) in one of his early groups. “When I left the University of Miami, I thought about relocating to New York, but I found a home in Houston where I could be more independent and make a living playing my own music. In Houston I was able to build my own scene.” After moving back to Texas, English and his original music jazz groups helped establish and became the mainstay of a vibrant Houston jazz scene of the 1970s and 80s. “There was a lot of jazz here then,” and English and his music were at the center of it.

Although today the jazz clubs that once flourished have faded and disappeared, English still resides in Houston and continues to perform with his jazz and mixed genre original groups. He has worked prolifically as a record producer, studio musician, and arranger, and as a serious composer of commissioned works for the classical world.

With the release of the memorable GIRL IN GREEN, Paul English reflects on a fine-spirited time 20 years ago, even as the excitement of current endeavors and recording projects brings a smile to his face. One looks forward to more jazz releases from this talented pianist-composer in the future.