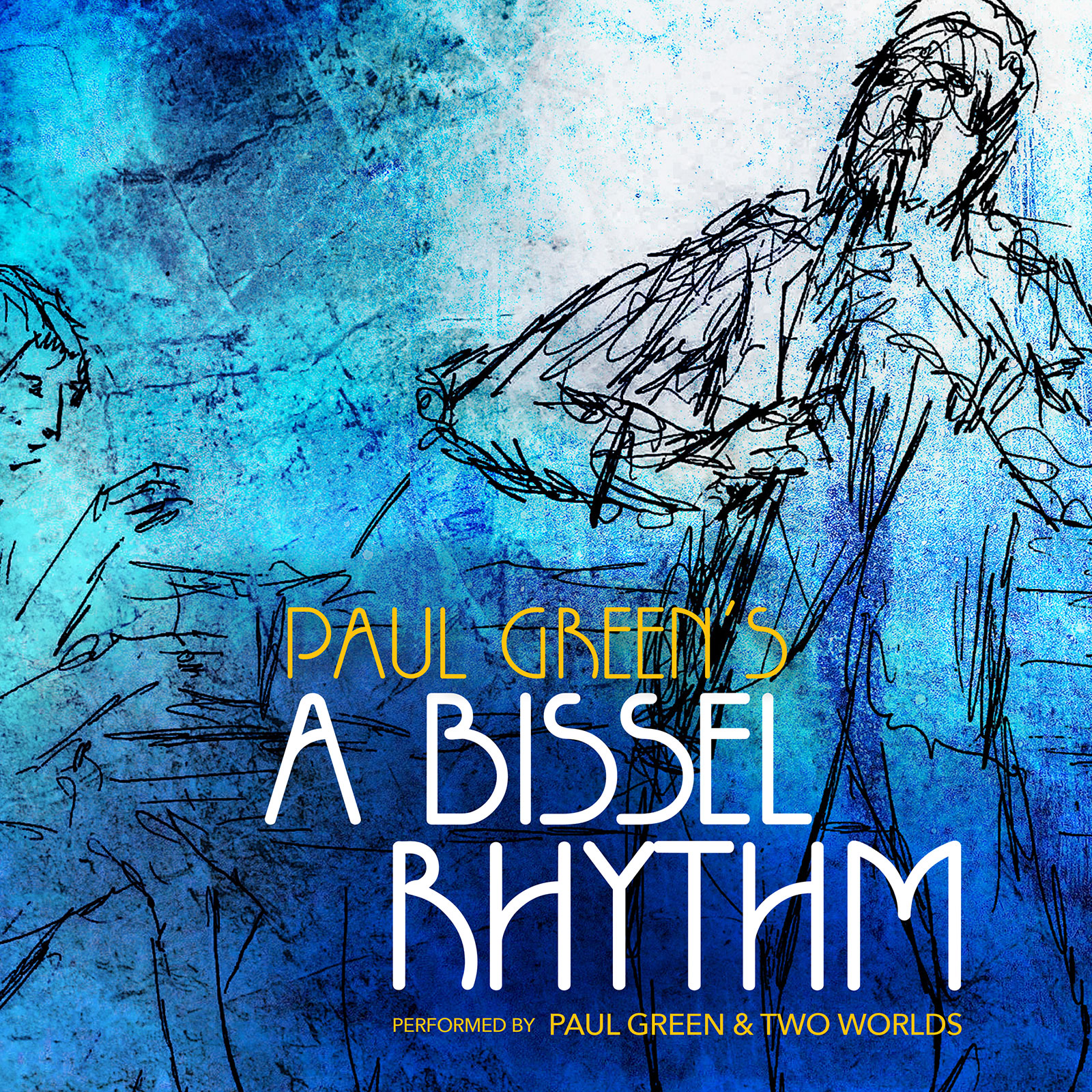 A BISSEL RHYTHM is composer and clarinetist Paul Green’s PARMA Recordings debut, although it marks his second recorded exploration into the fusion between jazz and Jewish music. A performance at Merkin Concert Hall resulted in the New York Times extolling his talents: “Like a cobra intent on doing some charming of its own, the clarinetist Paul Green weaved, darted and hovered over his instrument…conjuring gorgeous sounds.”

Green opens the album with the title track, A Bissel Rhythm, a reworking of the George Gershwin standard, “I Got Rhythm.” Already interpreted by such astounding jazz players as Charlie Parker and Sonny Rollins, Green turns the song into a Jewish expression by using traditional Hebrew scales, placing it in a minor Jewish-sounding key, and giving it a joyful, freilach (merry) fast tempo. That same joyful feeling is expressed in My Own Freilach, which should be familiar to anyone who has ever attended a Jewish wedding or bar mitzvah. Here, it is performed at near breakneck speed, leaving it to the players to see who can maintain the pace, whether they’re playing the tune as written or improvising their own licks.

With Doina and Ramble, the composer reimagines the funeral traditions of New Orleans, by placing the Doina, a klezmer form, in the context of an imagined New Orleans funeral. In this tradition, the slow funeral song would be followed by a joyful performance, which Green depicts in his piece Ramble. The Jewish March hearkens back to the time when Jewish musicians in Russia were often prohibited from playing loud instruments. When those musicians arrived in America, they let loose with drums, wind, and brass instruments. The Jewish March is a recreation of an early 20th century piece, complete with drum rolls – courtesy of Peter Sweeney – and plenty of loud, exuberant playing. This energy and spirit permeates the album as a whole, making for an experience that is as impressive as it is enjoyable to hear. 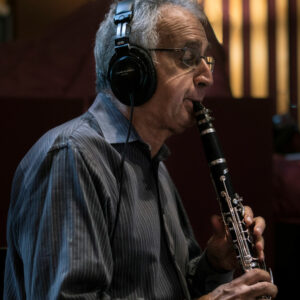 Clarinetist Paul Green began his musical studies at an early age, and by age 12 he was already studying with the noted clarinet pedagogue Leon Russianoff.  A year later, he was recommended to Leonard Bernstein and performed and recorded Saint-Saens’ “Carnival of the Animals” in a Young People’s Concert with the New York Philharmonic.  Invited by composer Gian-Carlo Menotti in 1965 to perform at the Festival of Two Worlds in Spoleto Italy, he performed with such artists as Jacqueline DuPre, Richard Goode, and Charles Wadsworth. 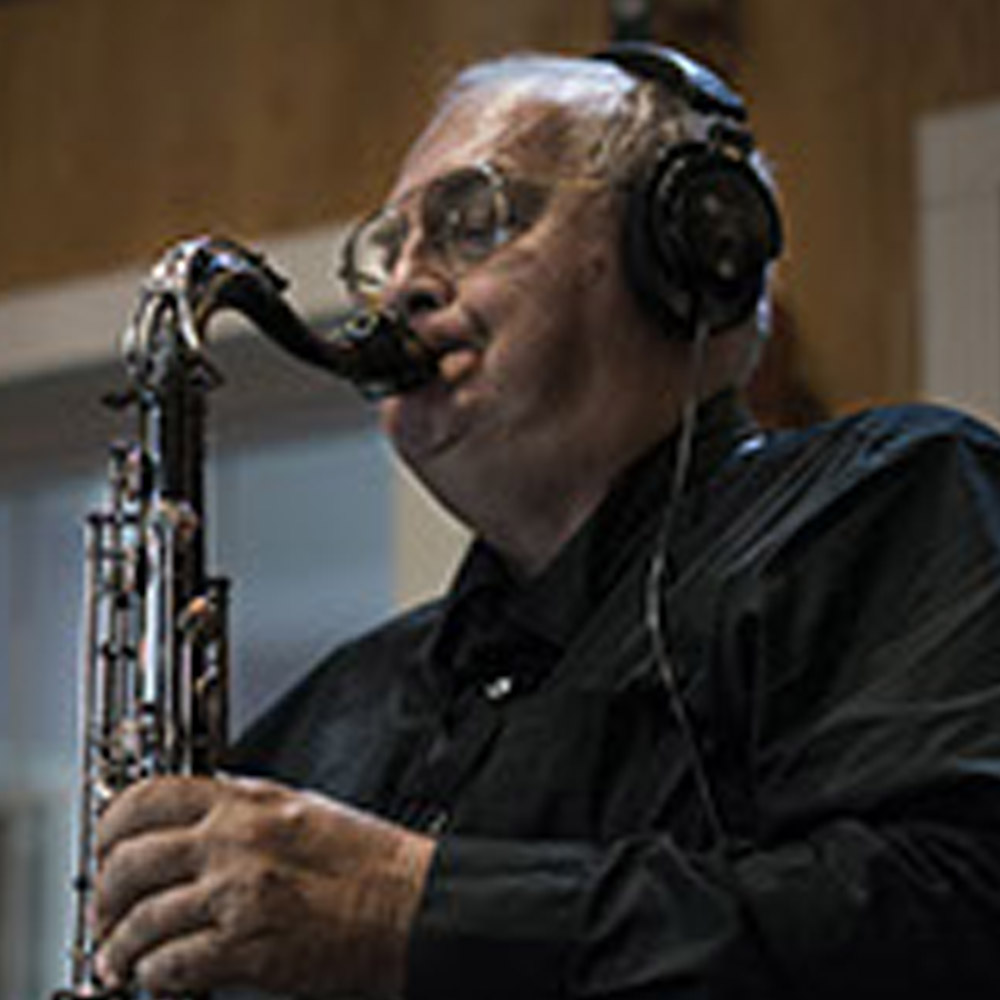 Charlie Tokarz plays saxophone, flute, and clarinet. He has played on many projects by documentary filmmaker John Pritchard and VYZ, as well as playing for silent films with Donald Sosin at the Museum of the Moving Image and MASS MoCA. He is a pit band member for musicals for summer theatre and various schools. He has performed in concerts for the American Tap Dance Foundation, world music with Nana Simopoulos and Wah!, in addition to klezmer with The Knaydels and Paul Green. As a member of the horn section, he has performed with The Four Tops, The Temptations, and The Last Waltz. He teaches primarily at the Hotchkiss School. 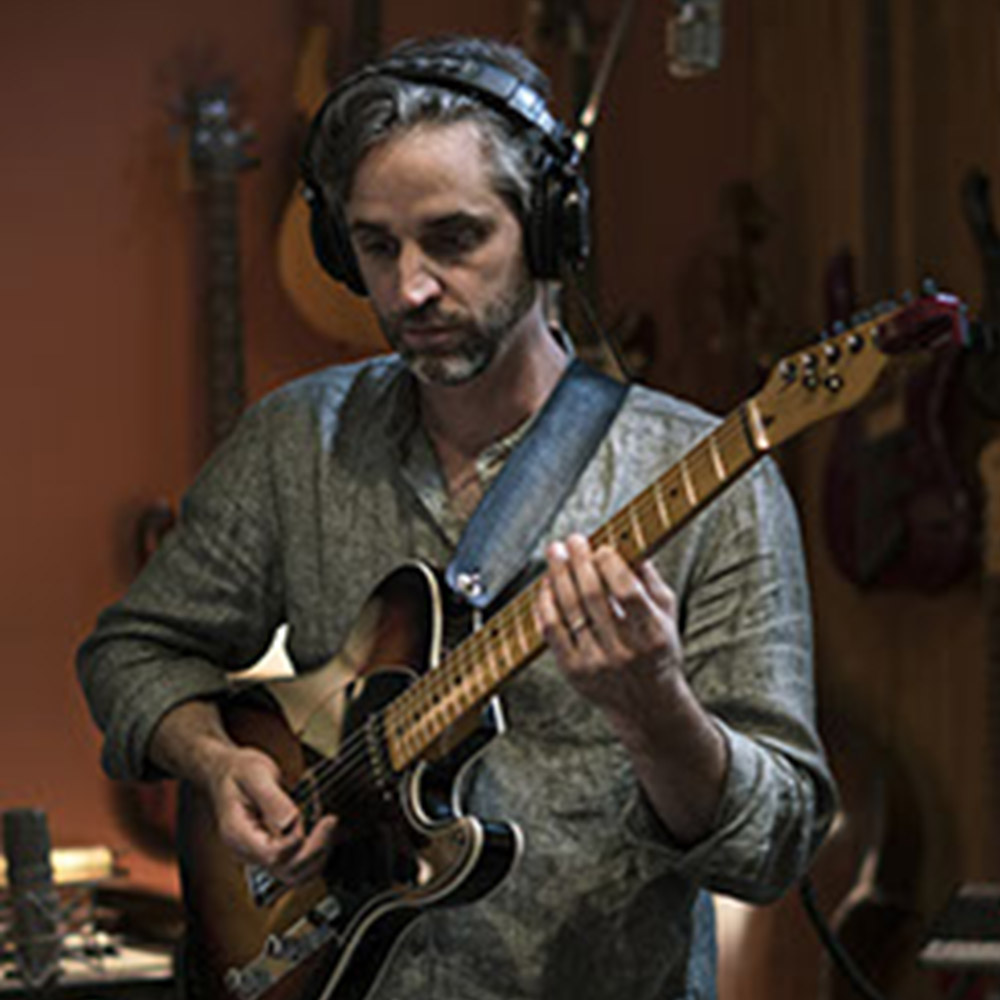 Guitarist Jason Ennis is an exciting voice in the world of jazz guitar. His unique sound, deep groove, and sensitive feel, along with a diverse background in jazz, blues, Brazilian music, and classical music, have made him highly in demand as a soloist, sideman, bandleader, and musical director. A graduate of Middlebury College (BA in music), Jason attended Berklee College of Music (Boston) and The San Francisco Conservatory of Music.

Ennis has performed and/or recorded with Tessa Souter (Motéma Music), Charles Neville (The Neville Brothers Band), Paul McCandless (Oregon, The Paul Winter Consort), The Sonya Kitchell Band (Velour Music, Starbucks Hear Music), Todd Reynolds (Bang on a Can, Steve Reich), The I/O Ensemble under the direction of percussionist Matthew Gold, actor and musician Joe Morton, Mary Ann McSweeney’s Urban Fado Project, The Ramón Ángel-Rey Trio, Samirah Evans and Her Handsome Devils, Choro da Manhá, The Julio Botti Quintet, Pablo Ziegler, and others. In summer of 2016, he played in the world premier at the Williamstown Theater Festival of the musical Poster Boy, by Craig Carnelia and Joe Tracz. Ennis transcribed and edited a collection of solo guitar arrangements by his friend and mentor, Gene Bertoncini, which was published in 2012 by Hal Leonard Publishing.

Ennis leads his own instrumental group, Trio Jota Sete, and co-leads the world jazz trio, La Voz de Tres, which has toured extensively throughout the United States and Chile, and has released two albums: La Voz de Tres (2010) and Sueños y Delirios (2014). He is a member of The Thomas Bergeron Ensemble, whose May 2015 release, Sacred Feast, presents re-imaginings of selected works by French composer Olivier Messiaen, and is co-composer and musical director for En Diablada, an original music project by Chilean vocalist Natalia Bernal, inspired by Andean folkloric traditions.

Since Fall of 2015, Ennis has been a Lecturer in Music at Dartmouth College, where he teaches jazz, world, and popular guitar styles. Currently residing in Pittsfield MA, he teaches guitar privately and at the Berkshire Music School, is a faculty member at Interplay Jazz in Woodstock, Vermont and has given workshops at colleges and Universities throughout the United States and Chile. 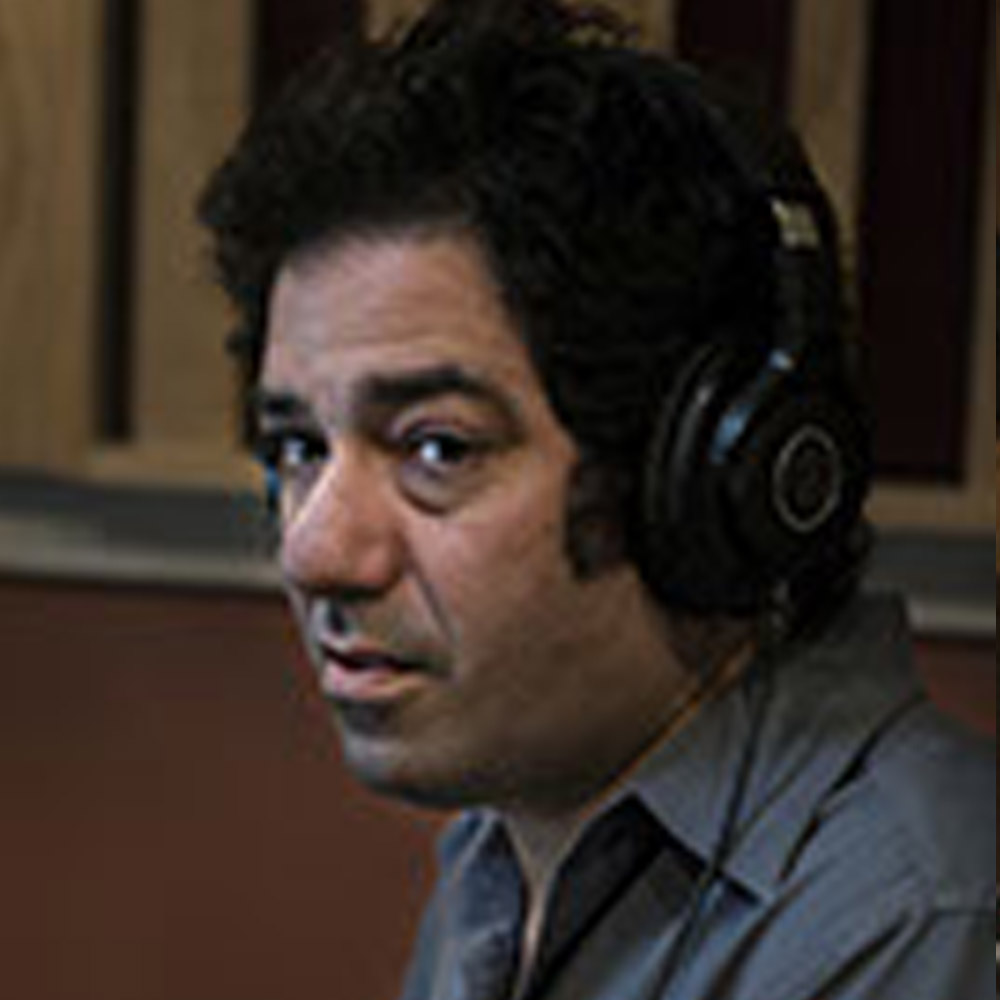 Ben Kohn is a native of the Berkshires, and is largely a self-taught musician. He plays an eclectic range of styles including jazz (with many different groups including the Berkshire Jazz Collective and his own jazz small groups), funk (The Rejuvenators), blues (Misty Blues), rock (Rev Tor Band), samba (Bossa Triba) and other fusion groups, including “Two Worlds.” Kohn also composes original music and lyrics, as represented on his solo album Fingers First. 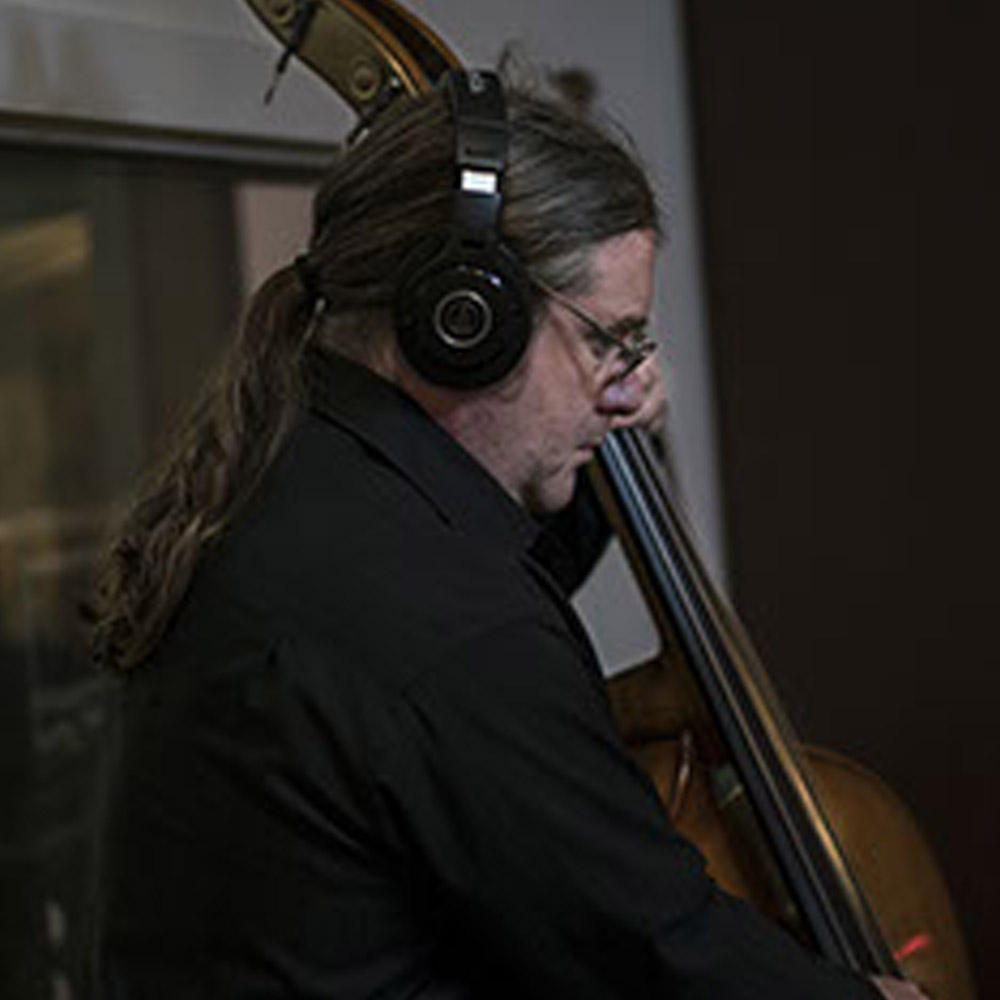 Daniel Broad has been one of the most sought after bassists in New England for over 20 years. He has performed in nearly every state in the United States and several European countries. Splitting his time between string bass and bass guitar, he has toured extensively with legendary groups such as The Platters, The Drifters, The Albert Cummings Band, The Charles Neville Band, and many others. Broad not only maintains a busy performance schedule, but also teaches aspiring bass players of all ages. He is well-versed in many musical genres, holds a degree in string bass studies from the University of Massachusetts Amherst, and has studied with Alice Spatz, Salvatore Macchia, and Mark Dresser. Broad currently works as a freelance bassist, instructor, and luthier. He resides in Cheshire MA.

This music is a sequel to my earlier album Music Coming Together, also performed by “Two Worlds.” For that album, I attempted to connect two parts of my musical soul: Jewish music and jazz. I took Jewish tunes and added jazz elements to them, but also took jazz tunes and incorporated Jewish structures. I was trying to find a fusion between the two genres. It was rewarding to see how much expression was shared between the two styles. In this album I’m going much further. The tunes are my own original compositions, and my hope is that the fusion occurs naturally within each piece. Jazz and Jewish music are always different, but hopefully I have created an organic whole where each flows into and enhances the other.

A Bissel Rhythm is yet another derivative of the famous Gershwin standard I Got Rhythm. Jazz musicians from Charlie Parker to Sonny Rollins used Gershwin’s structure to compose their own creations. Here, I’ve turned it into a Jewish expression, using the misheberach and ahava raba scales, placing it in a minor Jewish sounding key, and giving it a joyful, freilach fast tempo. However, there’s no getting away from jazz standard structure, complete with improvised solo choruses and a classic chorus of “fours” where everyone solos for four bars until the tune is finished.

The sweetness of the chosidl dance form lets me dream about our beloved dog Zoey, who died of cancer a year ago. It’s slow enough to let me ornament and embellish in ways that bring back memories of sweet Zoey to me.

This is a lively dance, played frequently at Jewish weddings and bar mitzvahs. Sometimes the dancers vie with each other to see who can dance fastest (and longest!). My freilach is at near breakneck speed and it is up to the players to see who can maintain the pace, whether they are playing the tune as written, or improvising their own licks.

Here I’m trying to recreate the feeling of a New Orleans funeral of 100 years ago. In those days, there would be a slow musical reminder of the sad occasion, followed by a joyful song, to show how the person “rambled” during their lifetime. Here my sad musical reminder takes the form of a free form rhapsodic Jewish Doina, turned into a dirge, and played collectively by the entire group. It gives it the pleading quality of a New Orleans funeral while keeping the Jewish structure. My Ramble starts with a rhythmic Jewish vamp that quickly transitions to a bluesy tribute to the dearly departed.

Prelude to the Blues

I had to have a blues tune on my album! The Jewish misheberach scale is very similar to the traditional blues scale, and I’ve made liberal use of it here. It gives my blues a Jewish “feel” while keeping the blues structure. The Prelude part of the tune is based on several short aleatoric sections. Players choose from a pre-selected basket of notes from which they create their own melody. They can improvise but cannot go outside of the basket. Each basket is derived from a Jewish scale, but improvisation is the core of jazz, so the musical integration is built into the structure.

The Hurra is a slow dance in triple meter, like a Jewish waltz. I’ve dedicated this one to Joe Smith, who has been my jazz composition teacher over the past year. This tune is the closest that I’ve come to a jazz ballad on this album. I’ve tried to keep the improvisation as poignant as possible.

Jewish musicians in Russia were often prohibited by the Czars from playing loud instruments, or otherwise sounding too militaristic. When they arrived in America, they let loose with drums, wind, and brass instruments, and “American”-sounding marches. Here is our recreation of an early 20th-century Jewish “March,” complete with drum rolls and plenty of loud playing!

Lisa’s Song is my dedication to my wife, Lisa. The joy I feel when I am with her is expressed in the rhapsodic cadenzas that open and close the piece. The melody in the middle is lyrical and Jewish, (just like she is!), but we then take it and improvise jazz-like choruses in classic jazz styles.