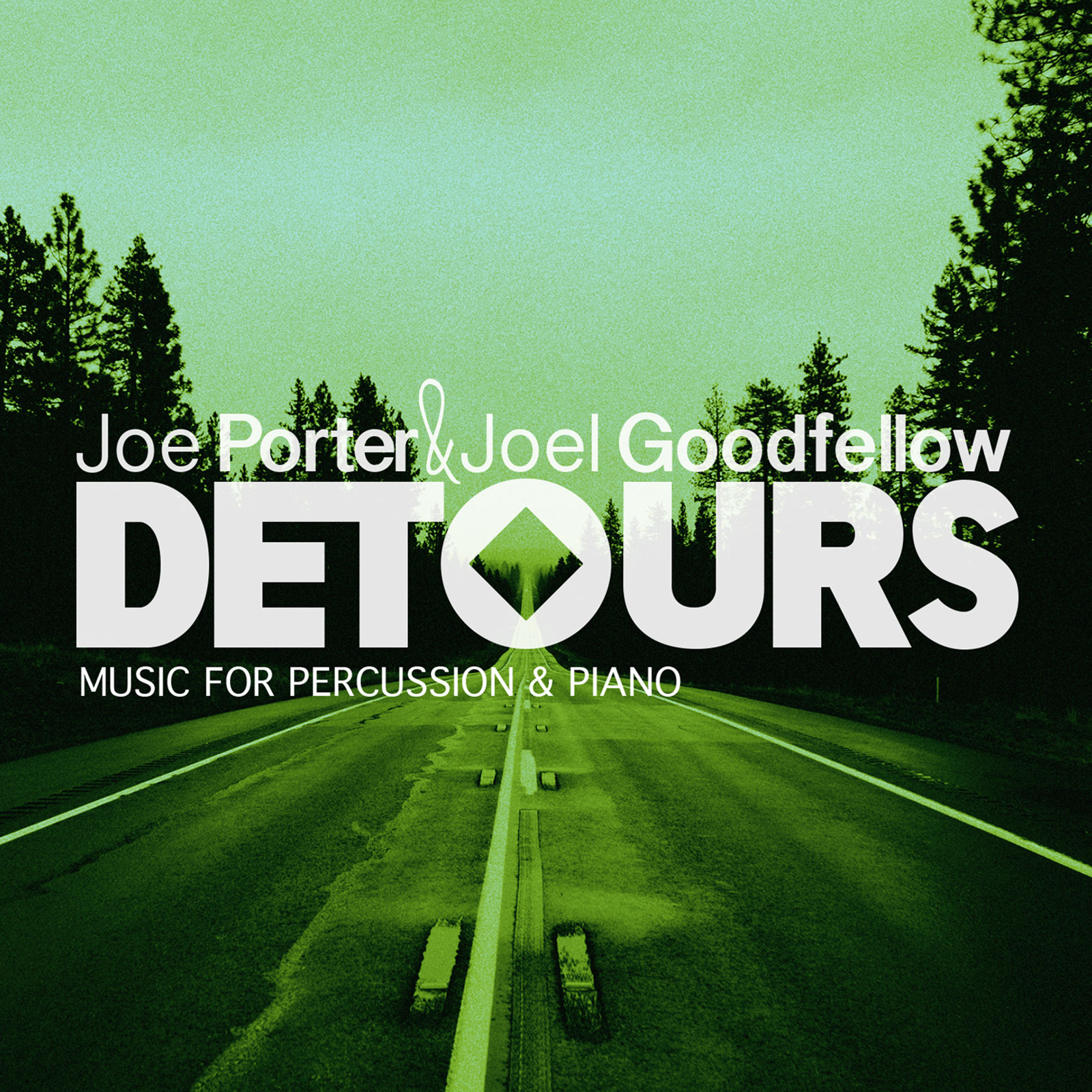 DETOURS, the debut Big Round Records release from percussionist Joe Porter and pianist Joel Goodfellow, showcases the jazz duo’s capacity for collaboration and improvisation, with animated and dynamic versions of well-known film and literary compositions.

Ennio Morricone’s theme music for The Good, the Bad and the Ugly is given an emotionally-charged and heroic interpretation, with precise piano passages and vibraphone textures that match the expression of the soprano. Porter and Goodfellow create vivid and fluid narratives in Concerning Hobbits from The Fellowship of the Ring and Prometheus Rapture, Seven Legends for Snare Drum and Orchestra, melding improvised passages with expressive imagery. Paul Desmond’s well-known jazz standard, Take Five, is given a vibrant rendition in which Porter switches between vibraphone and drum set.

Dave Brubeck once said, “There’s a way of playing safe, there’s a way of using tricks, and there’s the way I like to play which is dangerously where you’re going to take a chance on making mistakes in order to create something you haven’t created before.” Porter and Goodfellow show that playing dangerously and playing expressively results in a transcendent connection between the two musicians, one of virtuosity and passion. 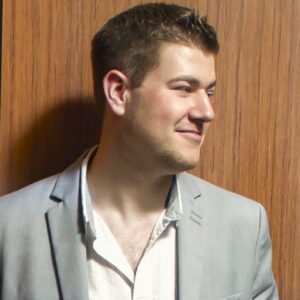 Joe Porter is a Canadian percussionist, teacher, and composer. He is the recipient of the Global Music Awards, Gold Medal Prize for Creativity and Originality, and has been a winner in multiple performance, composition and recording contests. Joe has performed in Brazil, Britain, Holland, Japan, China, Trinidad and Tobago, Hawaii, Florida, Indiana, Idaho, and throughout Canada. 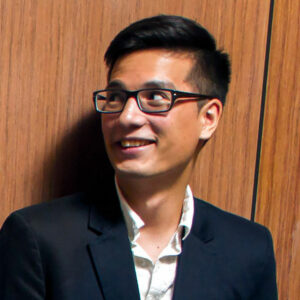 Joel Goodfellow has been studying piano for 18 years, has his ARCT in piano performance and is working towards a Bachelor of Music at the University of Lethbridge. He has performed as a soloist with the Youth Symphony of the Okanagan, the Okanagan Symphony Orchestra, and the Kamloops Symphony Orchestra, with critics praising his musical sensitivity and fresh interpretation. Additionally, he has received many awards as both a soloist and chamber musician in music festivals throughout BC and Alberta. Joel is currently based in Lethbridge, where he is much in demand as an accompanist and teaches for the Lethbridge Music Conservatory.