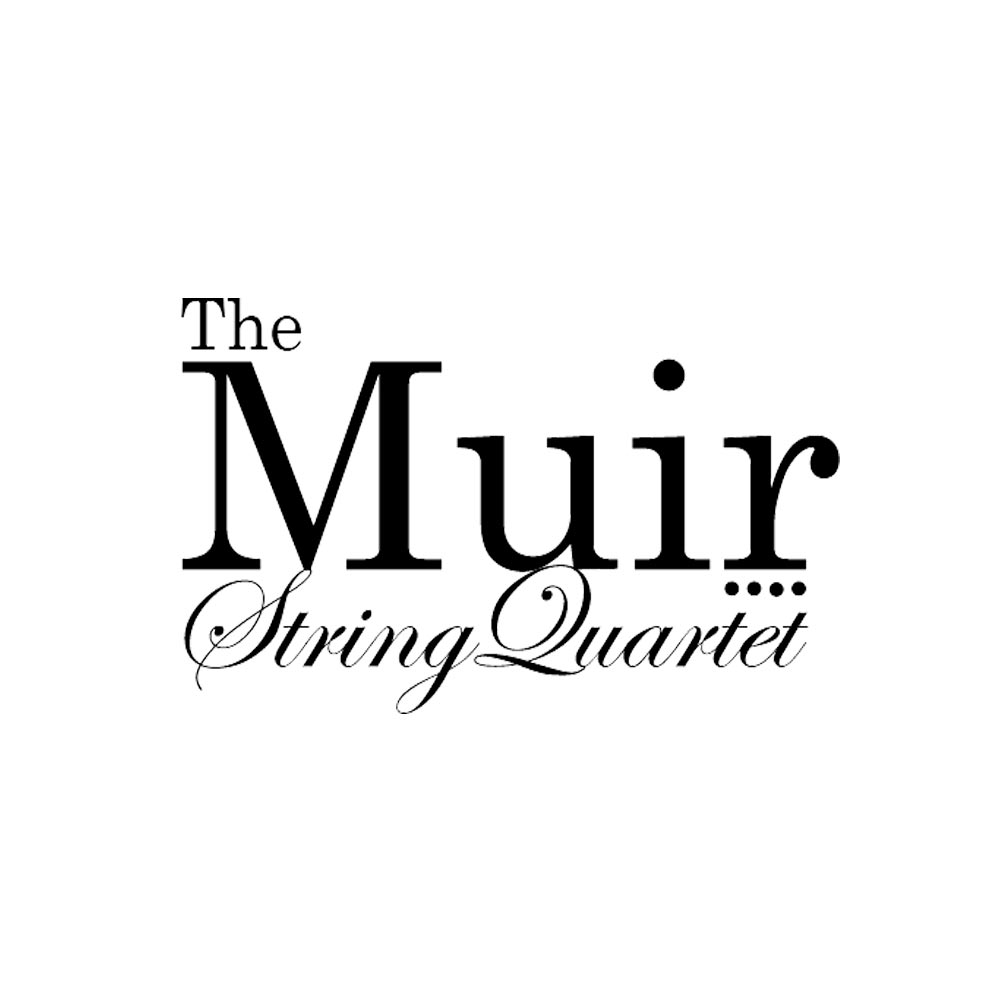 The Muir String Quartet has long been acknowledged as one of the world’s most powerful and insightful ensembles, distinguishing itself among audiences and critics with its “exhilarating involvement” (Boston Globe), “impeccable voicing and intonation” (San Francisco Examiner) and “unbridled musicality” (American Record Guide).

​​Winner of the 1981 Naumburg Chamber Music Award and 1980 Evian International String Quartet Competition, the Muir String Quartet first appeared on the scene in 1980, and was greeted with rave reviews and an extensive feature in The New Yorker. The quartet was also featured on the internationally acclaimed PBS broadcast, In Performance at the White House for President and Mrs. Reagan. Formed in 1979 following graduation from the Curtis Institute of Music, the Muir String Quartet’s principal chamber music teachers were Felix Galimir and members of the Guarneri and Budapest Quartets.

Some of the awards Muir has garnered include a GRAMMY (Beethoven Quartets Op. 132 and Grosse Fuge/EcoClassics), a GRAMMY nomination (Mozart and Brahms Clarinet Quintets/EcoClassics with Mitchell Lurie), two Grand Prix du Disques, and the Gramophone Award. In its commitment to advancing contemporary American music, the Muir Quartet has had commissioned works written for them by such distinguished composers as Joan Tower (Night Fields), Sheila Silver (From Darkness Emerging), Richard Danielpour (Shadow Dances and Psalms of Sorrow – featured on CBS Sunday Morning), Richard Wilson (Third String Quartet), and Charles Fussell (Being Music – based on poetry of Walt Whitman). The quartet also gave the World Premiere performance of the Native American collaborative work, Circle of Faith, featured on National Public Radio. Other premiered works include those by esteemed American composers Richard Danielpour (Feast of Fools – for bassoon and string quartet), Lucas Foss (String Quartet No. 4), Ezra Laderman (String Quartets No. 9 and No. 10), Joelle Wallach (String Quartet No. 3), and Ronald Perera’s first Quartet. In 2017-2018, the Quartet continues its series at Boston University, Rhode Island College, and the Montana Chamber Music Society with a retrospective of works from old and new Vienna, alongside guests Carol Wincenc, Karen Dreyfous, and other chamber artists.

The Muir String Quartet has been in residence at Boston University’s College of Fine Arts since 1983, and gives annual summer workshops at the Boston University Tanglewood Institute (BUTI). The quartet has also given master classes at schools worldwide, including the Eastman School of Music, the Curtis Institute, Oberlin Conservatory, the Shepherd School of Music at Rice University, and conservatories in Beijing, Shanghai, and Xian, China. The quartet performs regular benefits for Classics for Kids Foundation (www.classicsforkids.org); CFKF offers matching grants to string programs serving at-risk youth and disadvantaged families around America.

Peter Zazofsky, violinist, has performed in 23 countries on five continents. He has appeared as soloist with the Boston Symphony, (at Symphony Hall and at Tanglewood), the Berlin Philharmonic, the Philadelphia Orchestra, and the San Francisco Symphony, which featured him on tour in Hong Kong and Taiwan. He has toured the United States as guest soloist of the Danish Radio Orchestra; Germany, with the Bamburg Symphony; and Israel, with the Israel Chamber Orchestra. Further appearances, with the Amsterdam Concertgebouw Orchestra, the Leipzig Gewandhaus Orchestra, the Vienna Symphony, and the orchestras of Baltimore, Minnesota, Brussels, Warsaw, Buenos Aires, Santiago, São Paulo, Seoul (KBS), Toronto, Vancouver, and Montreal brought acclaim for his distinctive interpretations of classical, romantic, and early 20th century concerti. Two such live performances, the Dvorak Concerto with Klaus Tennstedt and the Berlin Philharmonic, and the Bartok 2nd Concerto with Georges Octors and the Brussels National Orchestra, have been released on the Testament and Deutsche Gramophon labels.

Born and raised in Boston, Peter Zazofsky studied violin with Joseph Silverstein before attending the Juilliard Pre-College under Dorothy Delay and Ivan Galamian. He then studied at the Curtis Institute, with Galamian, Jaime Laredo, and Arnold Steinhardt, and the Marlboro Music Festival, under Rudolf Serkin, Felix Galimir, and Sandor Vegh. In 1979, he won the Grand Prize of the Montreal International Competition, then the Second Prize of the 1980 Queen Elisabeth Competition in Brussels. He also received the 1985 Avery Fisher Career Grant.

In addition to standard repertoire, Zazofsky is an advocate for late 20th and early 21st Century compositions. He has premiered works written for him by composers in Holland, Belgium, and Denmark, and recorded American concertos for the MMC label. Another premiere, Joan Guinjoan’s Concerto with the Liege Orchestra in Madrid, is now available on the Columna Musica label.

Lucia Lin, violinist, made her debut performing the Mendelssohn Concerto with the Chicago Symphony at age 11. Since then, she has been a prizewinner in numerous competitions, including the 1990 International Tchaikovsky Competition in Moscow. She has performed in solo recitals throughout the United States, making her New York debut at Weill Recital Hall in March 1991, and has appeared with the Boston Pops Orchestra, the St. Louis Symphony Orchestra, the Oklahoma Symphony, the Festivalorchester in Graz, Austria, and the Moscow State Orchestra.

A frequent collaborator in chamber music, Lin has performed at the Sapporo Music Festival, the Da Camera Society in Houston, the St. Barts Music Festival, and the Barbican Hall Chamber Series in London. She has also served as Concertmaster of both the Milwaukee Symphony Orchestra from 1991-92 and the London Symphony Orchestra from 1994-96, and is currently a member of the Boston Symphony Orchestra, having served as Assistant Concertmaster there from 1988-91 and 1996-98. She has recorded for Nonesuch Records as a guest of the Boston Symphony Chamber Players, for New World Records on a disc featuring the works of Bright Sheng, and for Parjomusic as a member of the Boston Trio, of which she was a founding member. A native of Champaign, Illinois, Lin received her bachelor’s degree at the University of Illinois and her master’s of music at Rice University in Houston TX. Important musical influences include Sergiu Luca, Paul Rolland, Josef Gingold, Dorothy DeLay, and Louis Krasner.

Steven Ansell, violist, began his studies at age 10 with Karla Kantner in Seattle WA. He studied with Don McGinnis, Vilem Sokol, and Veda Reynolds before going to the Curtis Institute, where he studied with Michael Tree, Karen Tuttle, and Raphael Hillyer. Upon graduation, he was appointed Professor of Viola at the University of Houston and became Assistant Principal Violist of the Pittsburgh Symphony under Andre Previn in 1977. In 1979 he left the orchestra to become one of the founding members of the Muir String Quartet, in residence at Boston University since 1983. The quartet has toured extensively in Europe, Australia, the United States, and Canada, and recorded widely, garnering the Grand Prix du Disque and a GRAMMY award. Joan Tower, Lucas Foss, Richard Wilson, Richard Danielpour, Ezra Laderman, Charles Fussel, and Sheila Silver are some of the composers that the quartet has championed over the years. In 1996, Ansell joined the Boston Symphony Orchestra as Principal Violist, and has appeared many times as soloist, playing Berlioz’s Harold in Italy with Emmanuel Krivine and James Levine, the Mozart Sinfonia Concertante with Lowe/Previn, Bruch’s double concerto for clarinet and viola, and Don Quixote with Mstislav Rostropovich and Yo-Yo Ma, among many others. He continues to enjoy exploring the quartet literature, recording, teaching and playing with the BSO. The quartet has recently recorded Berg’s Quartet op.3, Schulhof’s Five Pieces, and the Kreisler Quartet, due out soon.

Michael Reynolds is co-founder and Executive/Artistic Director of Classics for Kids Foundation, which has given hundreds of matching grants for excellent student instruments valued to string programs around America since its inception in 1998. He is the founding and current cellist of the world-renowned Muir String Quartet, which began its career in 1979. As a member of the Muir Quartet and as soloist and chamber musician, Reynolds has performed well over 2,000 concerts throughout North America, Europe, and the Far East, and he has performed with such diverse artists as Benny Goodman, Leon Fleisher, Menachem Pressler, Gil Shaham, Richard Stoltzman, and Phyllis Curtin. Accolades he has won with the Muir Quartet include first prize at the Evian Competition, the 1981 Naumburg Award, two Grand Prix du Disques, the Gramophone Award, a GRAMMY nomination, and a GRAMMY award on the EcoClassics label he founded, and an internationally acclaimed PBS broadcast, “In Performance at The White House” for President and Mrs. Reagan. A native of Montana, he received his professional training at the Curtis Institute of Music, where he was a student of David Soyer and Martita Casals, continuing with Karen Tuttle and George Neikrug and studies at Yale University. Reynolds has appeared with orchestras and in recitals throughout the United States, and his recording of the complete Bach Suites for Solo Cello on the EcoClassics label has received much critical acclaim. Recent and upcoming recordings include the Muir Quartet performing Berg Op. 3, Kreisler Quartet and Schulhoff 5 Pieces on the KidsClassics label, the Beethoven Clarinet Trio (after the Septet) and Zemlinsky Trio with clarinetist Richard Stoltzman and pianist Judith Stillman on KidsClassics, and the Weber Clarinet Quintet and works from the Klezmer Tradition with clarinetist Alexander Fiterstein. Profits from these recordings support Classics for Kids Foundation’s grant programs.

Reynolds has taught at Boston University’s College of Fine Arts since 1983. His students continue to develop successful careers in music, including members of the Boston Symphony and other orchestras, teachers at universities and other institutions internationally, four Boston Symphony Competition winners and numerous other competition winners. He is also Artistic Director of ArtsLIVE! in Fredericksburg VA, and the Montana Chamber Music Society, the first statewide chamber music society in America.

Reynolds has served on the faculties of New England Conservatory, Rutgers University, the University of Utah, and UC Santa Cruz. He received an honorary doctorate from Rhode Island College in 1995, and is a recent recipient of the Blue and Gold Award from Montana State University. In his spare time he is an avid fly-fisherman and outdoorsman. 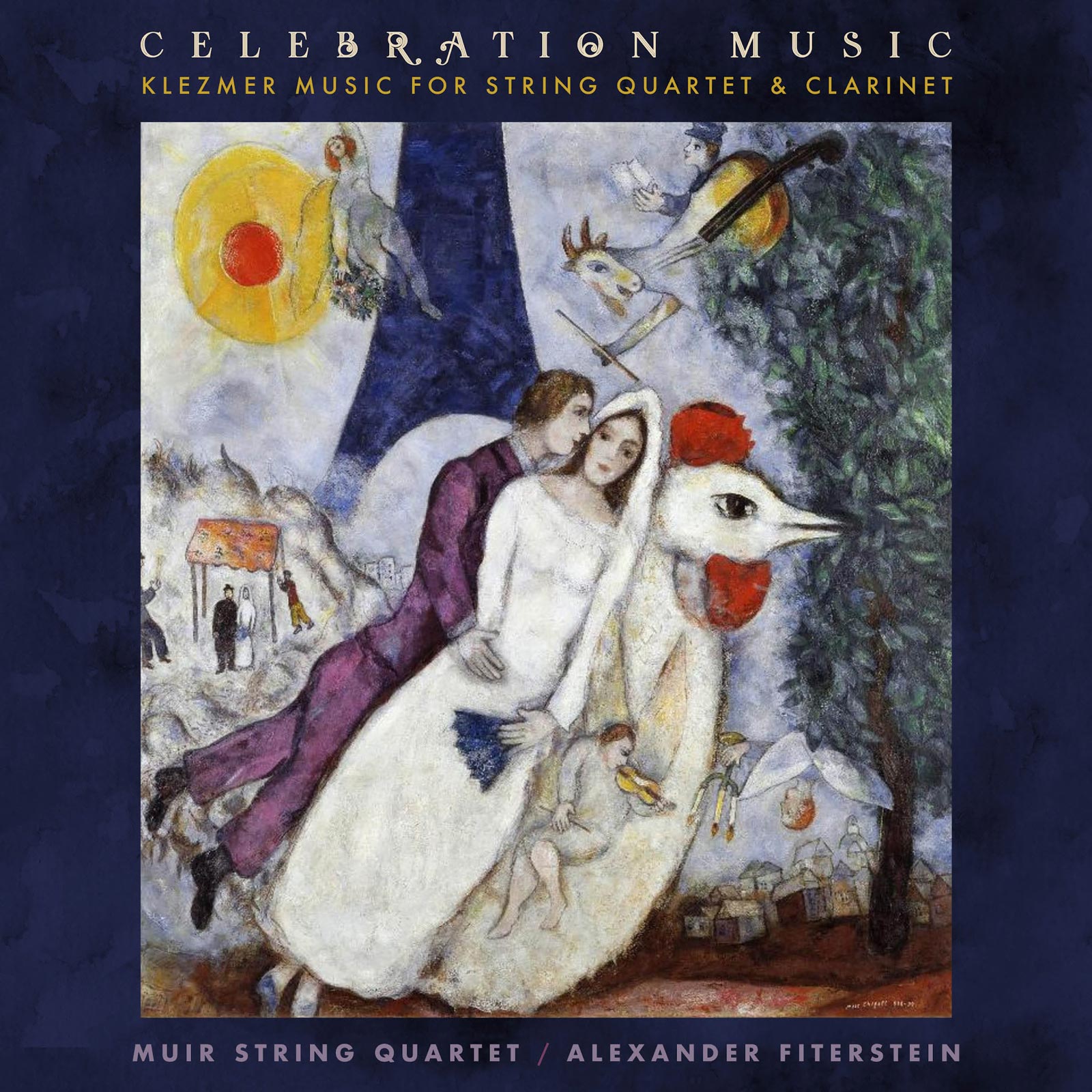 Release Date: December 9, 2022
Catalog Number: BR8974
21st Century
Chamber
Cello
Clarinet
Violin
A signature sound deeply rooted in the Jewish tradition, the buoyant and soothing nature of Klezmer music speaks in a new tone in CELEBRATION MUSIC from Big Round Records. With pieces selected by renowned clarinetist Alexander Fiterstein and arranged for clarinet and string quartet by Lev Ljova, Fiterstein and the critically acclaimed Muir String Quartet deftly handle the genre with passion and unbridled musicality, navigating both relaxing and exhilarating up-tempo passages with dynamism and verve. Historically performed by klezmer bands for major Jewish life events and celebrations in Eastern Europe and New York City, the style remains alive and well in this modern setting, arranged for the concert stage where audiences can enjoy its timeless, uplifting qualities.
Discover