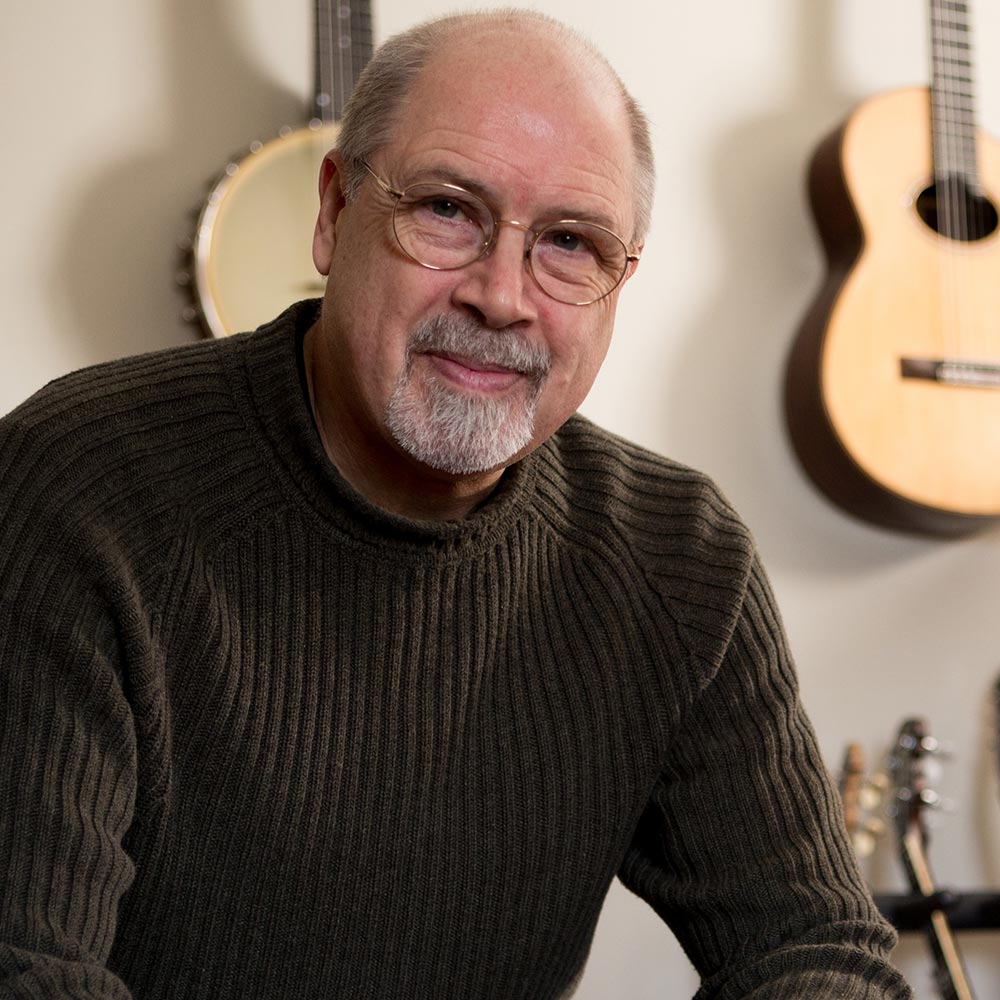 Composer and banjo innovator Michael Nix writes and performs new classical music for banjo and banjo hybrids that explores both the history of America’s beloved instrument as well as modern day influences.

The New Classic Banjo Project was instituted by Nix to develop and record a contemporary classical banjo repertoire for 7-string Banjar, the traditional nylon strung five-string classical banjo, the six-string guitar banjo and other banjo hybrids featuring Nix’s own compositions and a commissioning program for works from other contemporary classical composers. In 2017 Nix performed his compositions for New Classic Banjo at the Smithsonian Museum of American History in Washington DC.

From his early days playing banjo in a bluegrass band while getting a degree in classical guitar performance, Nix is well versed in genre-bending and crossover music. Nix has composed for theater, dance companies, and multimedia productions comprising solo music, songs, chamber music, symphonic works, electronic music, and opera.  His compositions are performed internationally. He founded The NixWorks Ensemble, a flexible chamber ensemble, to explore multiple creative influences and genres, and The Pioneer Consort, with violinist Chris Devine and cellist Greg Snedeker to play World Chamber Music.

In 2002 Nix was commissioned by The Ann Sorvino Dance Project to write a piece for dance commemorating the 9/11 tragedy.  In 2004, he was resident composer and string master at Shakespeare & Co. Bankside Festival in Lenox MA. Nix was awarded grants to perform “New Music from the Northeast”: a program of original music and works by composers from New York and New England.  Nix wrote and produced a John Cage memorial theater piece in 1992, incorporating musicians, dancers, visual artists, and improvisational theater. In 1991 he was the Massachusetts Music Teachers Association’s Composer of the Year. Nix wrote the libretto for a children’s opera, Liombruno with music by Salvatore Macchia, premiered at the University of Massachusetts, Amherst in 1989.

Nix performed for the Connecticut Classical Guitar Society’s Andres Segovia outreach program, “The Guitar About Town” for many years, and in 1988, he played classical guitar at Bushnell Hall in Hartford CT, commemorating a 1931 Segovia performance. Nix participated in Seegerfest 2014, and other concerts, playing his seven-string banjo to commemorate the life of Pete Seeger. Nix performed at the 2012 Surin International Folklore Festival in Thailand on his second Asian tour. Nix has performed on classical guitar, Banjar, banjo, and mandolin, throughout the United States and Asia; has recorded for the PBS series, American Experience, and several independent documentaries and album projects. His music has been heard on Weekend Edition and other NPR programs. 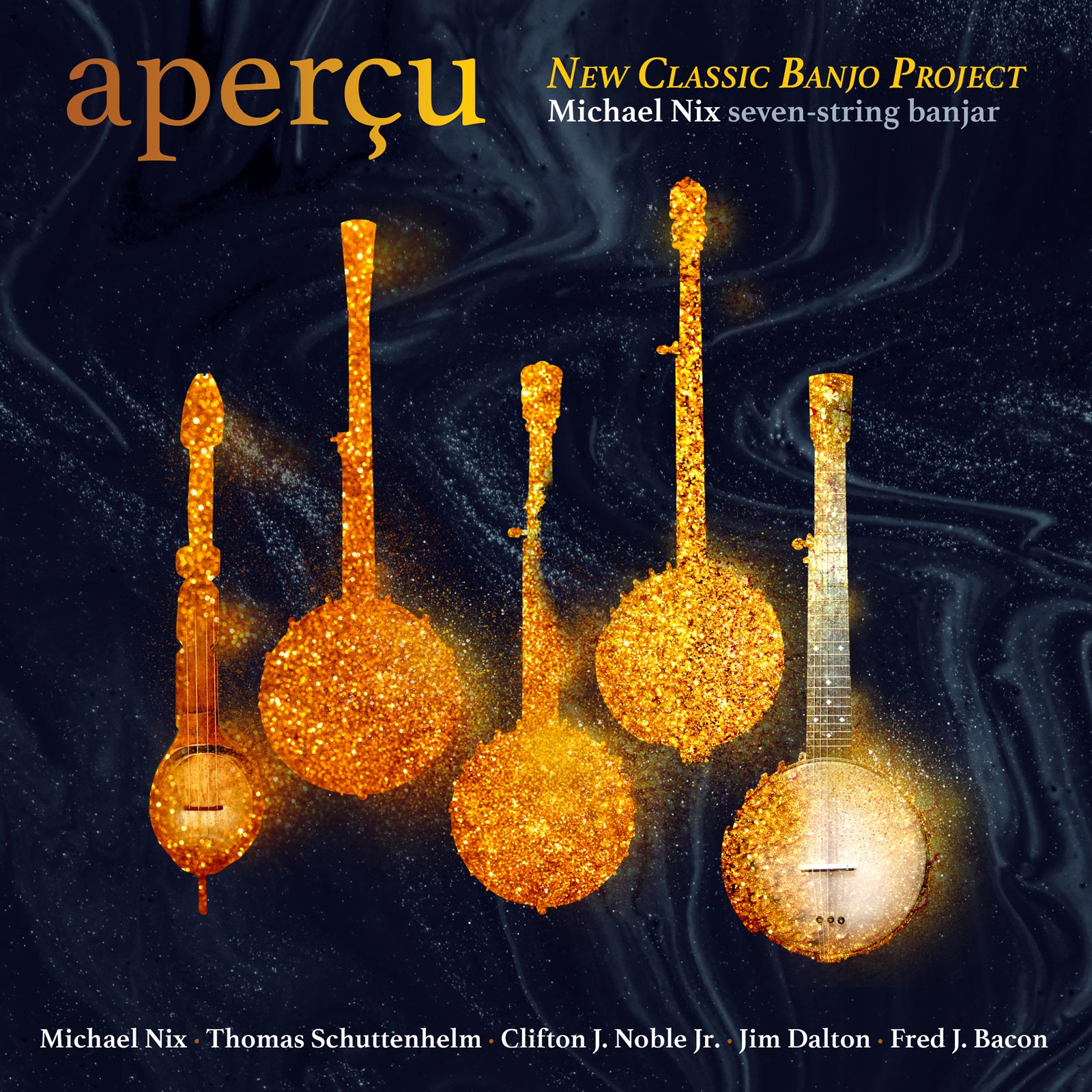 Release Date: January 27, 2023
Catalog Number: BR8975
21st Century
Solo Instrumental
Guitar
APERÇU from composer and banjo innovator Michael Nix challenges listeners to reimagine the banjo as an instrument. The music, part of Nix’s New Classic Banjo Project, is brought to life by Nix’s 7-string Banjar, incorporating a wide range of folk and classical styles to forge an entirely new genre: New Classical Banjo. The album's title, which translates to “A survey or sketch; or an immediate impression, especially an insight” delivers just that. Koromanti, the opening piece on the album, is based on the very first notated banjo music, a transcription of music performed at a gathering of enslaved people in Jamaica in 1688. Banjar Lam Plearn, meanwhile, pays homage to the Mor Lam style traditionally performed in the Issan region of Thailand. These, and many other Aperçu shine through this remarkable collection of music.
Discover