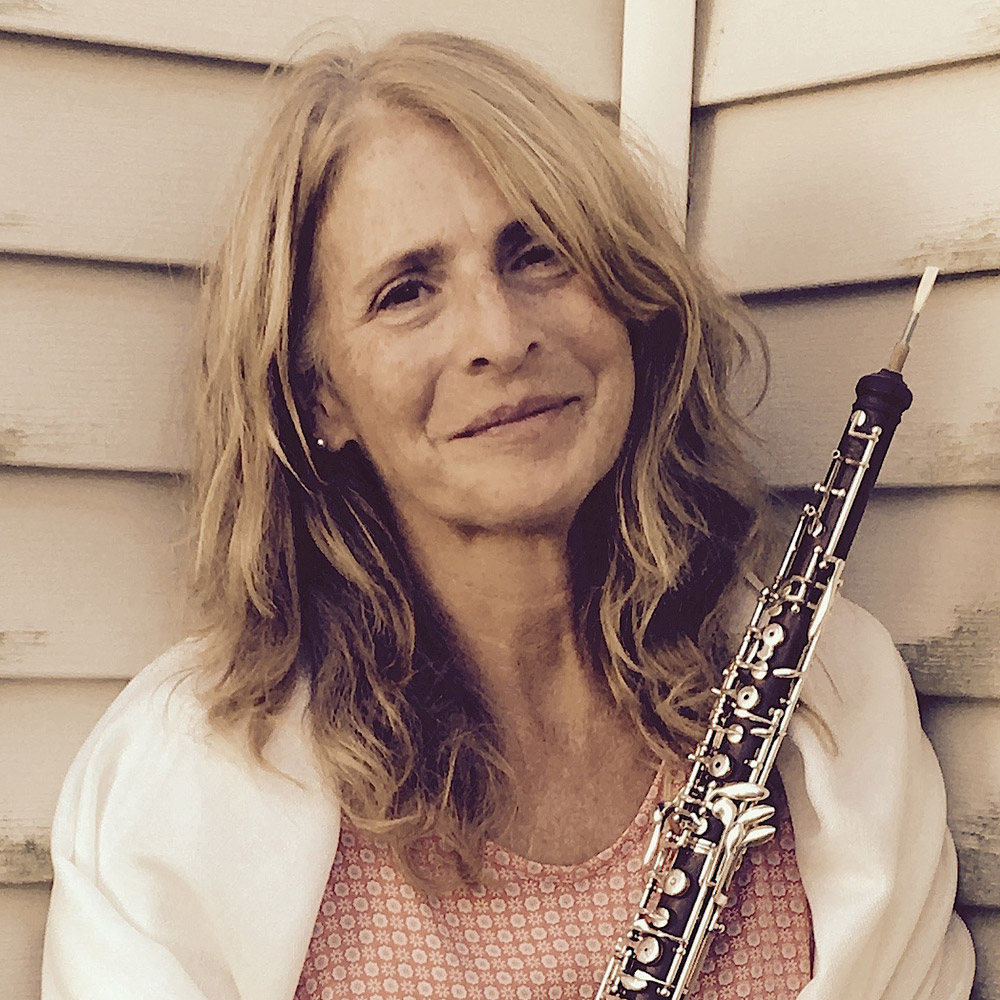 Margaret Herlehy was born into a musical family in New Rochelle, NY in 1959. Growing up, she recalls an attic filled with her grandfather’s instruments as her experimental playground where she would spend hours figuring out popular tunes on them. At the suggestion of her middle school band director, she started playing the oboe and began playing professionally alongside her teacher Lois Wann at the age of 16.

She continued her classical training at the University of Michigan but an interest in the avant-garde brought her back to NY and to Sarah Lawrence College where she connected with composer/clarinetist Meyer Kupferman and Catherine “Kitty” Rowe who introduced her to new music.

Upon relocating to New England, Margaret joined the faculty of Phillips Exeter Academy and later, the University of New Hampshire and enjoys working as a freelance artist performing in the Greater Boston Area. Reaching to extend her voice with the oboe she remains closely involved with searching for new works and collaborating with composers and artists.

Margaret Herlehy’s performances of Brazilian Choro have been praised as “Powerfully intoxicating” by JAZZ LIVES. On Rosewood Café she brings her classical background to a long held passion for the popular music of South America.

As a performer, arranger and resident artist, Margaret lives an eclectic musical life on the New Hampshire seacoast. 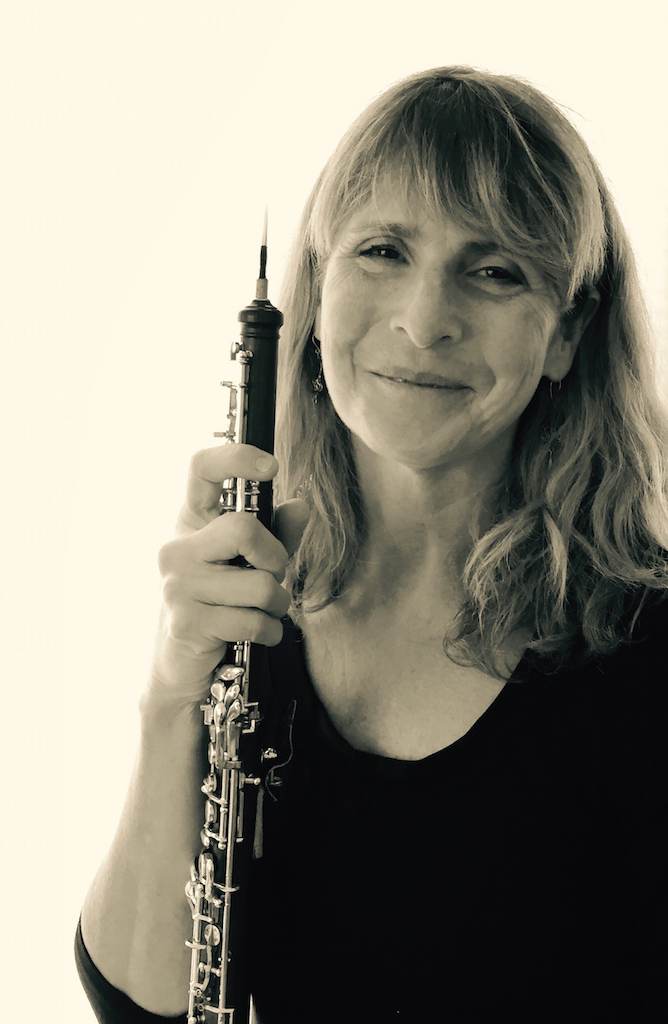 THE INSIDE STORY: Margaret Herlehy and ROSEWOOD CAFÉ 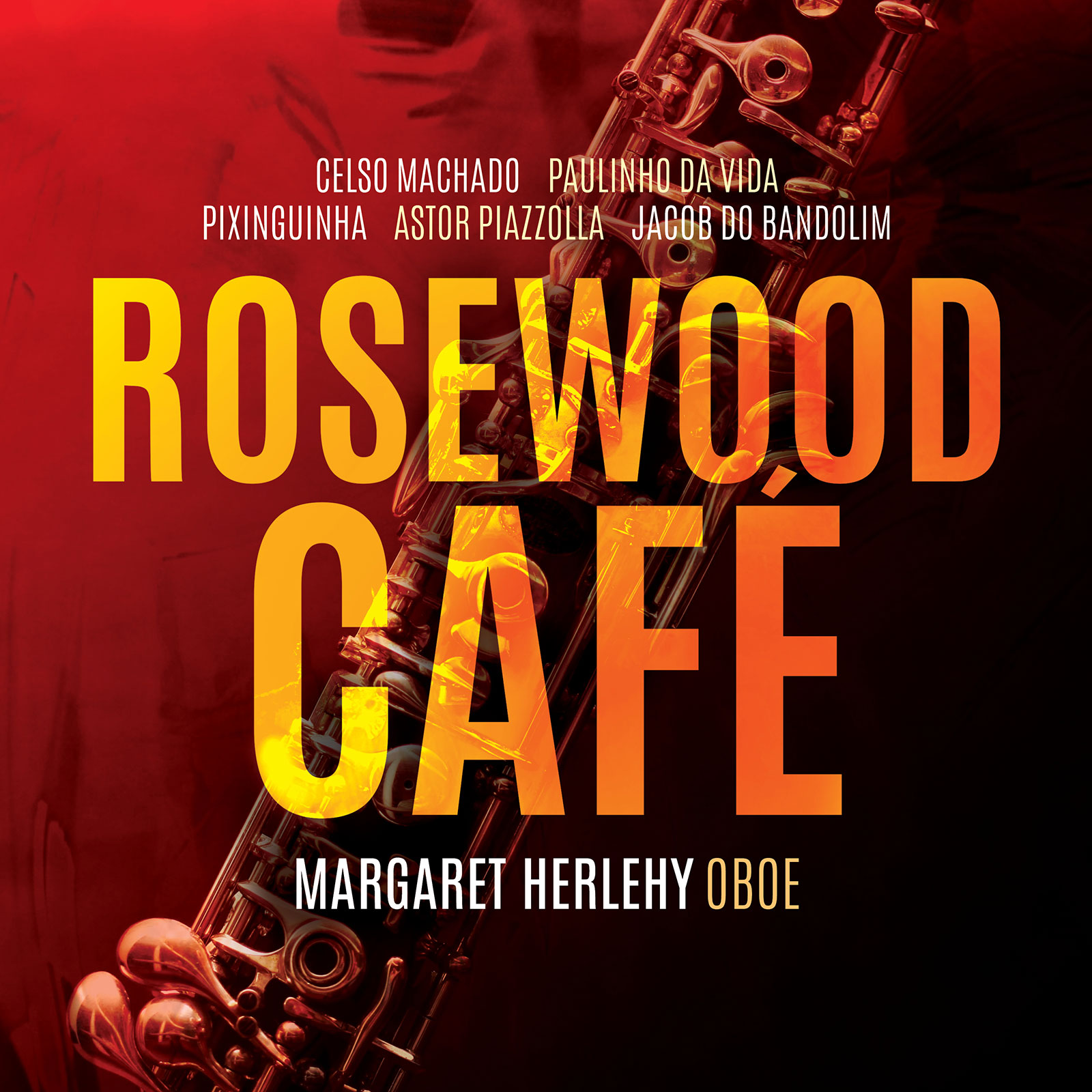 Release Date: February 9, 2018
Catalog Number: BR8950
21st Century
Jazz
Guitar
Oboe
Piano
Fusion lovers will enjoy the PARMA recordings debut of oboist Margaret Herlehy in this fresh, new collection of Latin-inspired jazz. Uniquely, oboe is the central instrument in each composition. Herlehy not only meets the demands of such a challenge but exceeds them.
Discover